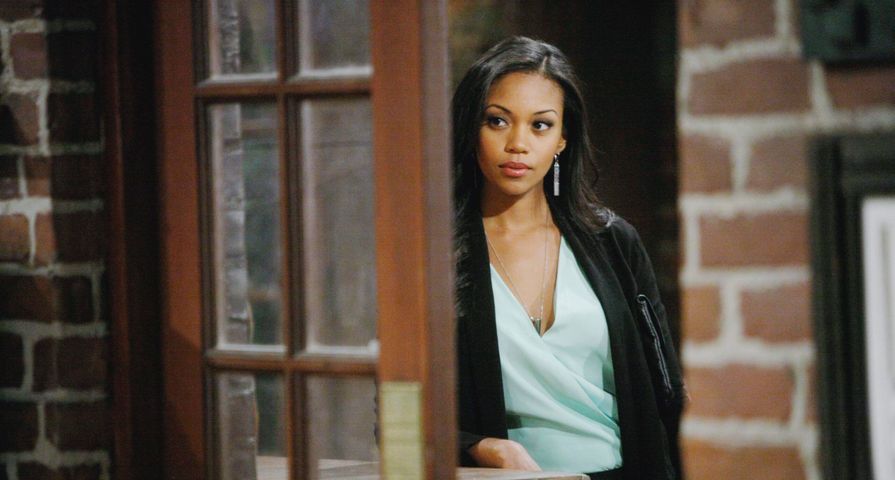 Actress Mishael Morgan is always full of intention and fire as Genoa City’s legal eagle on The Young and the Restless (Y&R), so it shouldn’t surprise viewers that she grew up dreaming of becoming a criminal lawyer.

Yet as she shares with Trinidad and Tobago Newsday, a life-threatening accident while visiting her home country helped her pursue two passions at once.

“I went back to Trinidad and Tobago when I was 19 and broke my neck in a car accident,” Morgan recalled.

“We were visiting for Christmas and my sister and I went out with my cousin,” Morgan continued. “My cousin was driving and we had been out all day and I fell asleep in the back seat because I was so exhausted.”

“When I woke up, I was in the hospital with my neck broken.”

Facing some traumatizing health repercussions, Morgan used those long days and nights in the hospital to reevaluate her life.

“I had wanted to be an attorney my whole life but I just felt that it was also just my parents’ path too,” Morgan explained. “I always had this hidden love for acting, and I realized I would regret not doing it if I really was paralyzed.”

“I talked to God and what I said is, ‘If you give me another chance and I get to walk again, the one thing I’ll do is try,’” Morgan continued. “Because I literally heard a voice that said, ‘You never try.’”

From those dire circumstances, Morgan had a successful surgery and flew home to her adopted home of Canada to audition for TV and film work. She would eventually land the role of Hilary Curtis on Y&R and later return as Hilary’s twin sister, Amanda.

“So my dream did come true. I’m a lawyer — but this way it’s more fun because I don’t have to worry about the consequences of losing a case or doing all that paperwork,” the star laughed. “I just have to act like I know what I’m doing.”