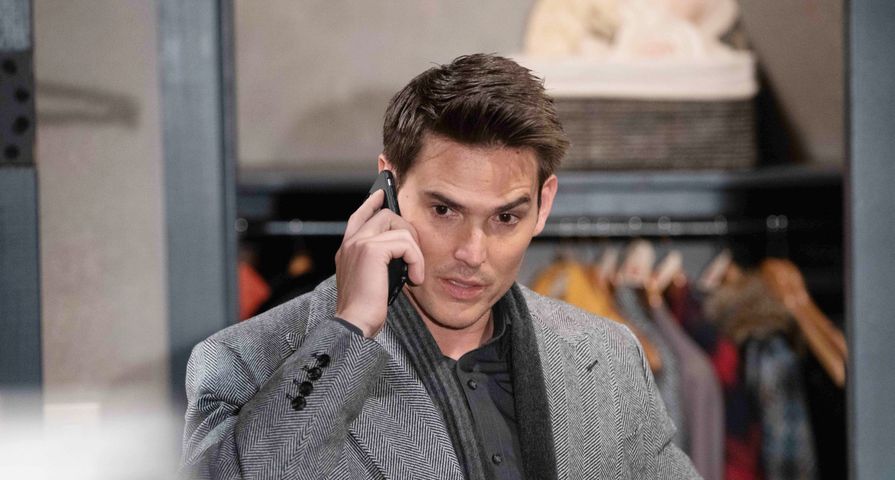 Fortunes change all the time on The Young and the Restless (Y&R), and few characters prove this better than Adam Newman. Not only has the former bad boy reformed his image (at least, a little bit…), he’s also become a ladies magnet since he came out of hiding.

The character has had strong chemistry with his ex-wife, Chelsea Lawson (Melissa Claire Egan), who wants to reunite, and Sharon Rosales (Sharon Case), who remains drawn to her ex. More recently, Adam has bewitched Sally Spectra (Courtney Hope) as well.

Y&R fans have strong feelings about who Adam should be with, and as it turns out, so does portrayer Mark Grossman! The actor recently waded into the debate about Adam’s romantic future for the latest issue of Soap Opera Digest.

“I love that there’s no history between Adam and Sally,” Grossman said. “Sharon and Chelsea have their very complicated pasts with Adam, but when he was played by different actors.”

That’s a good point, as the chemistry between those actresses and his character were undeniably different when the role of Adam was played by Michael Muhney or Justin Hartley.

“If there is a relationship with Sally, it would be brand-new for me,” Grossman explained.

Whereas most of Sharon and Adam’s romance transpired with Muhney, and most of Chelsea’s relationship happened with Hartley in the role, it makes sense that Grossman wants his super couple to be unique.

“It’s not about recreating something or a continuation of something that was done by the actors before me, and I love that it’s something totally new,” Grossman continued. “It’s a blank canvas with Adam and Sally, so I’m excited to see what happens with them.”

It’s unclear what will happen between the Newman Media CEO and his proposed COO, Sally, but there’s certainly hope for “Shadam” and “Chadam” fans.

“I love Adam and Sharon, and Adam and Chelsea,” Grossman added, “but with Adam and Sally, it seems fresh and very different.”

Needless to say, Grossman is prioritizing what’s best for his character, because we all know which of Adam’s exes truly has Grossman’s heart.