Home » Trending News » Y&R Weigh In: Is There Any Payoff Beyond The Pain Of Billy’s Podcast?

Y&R Weigh In: Is There Any Payoff Beyond The Pain Of Billy’s Podcast? 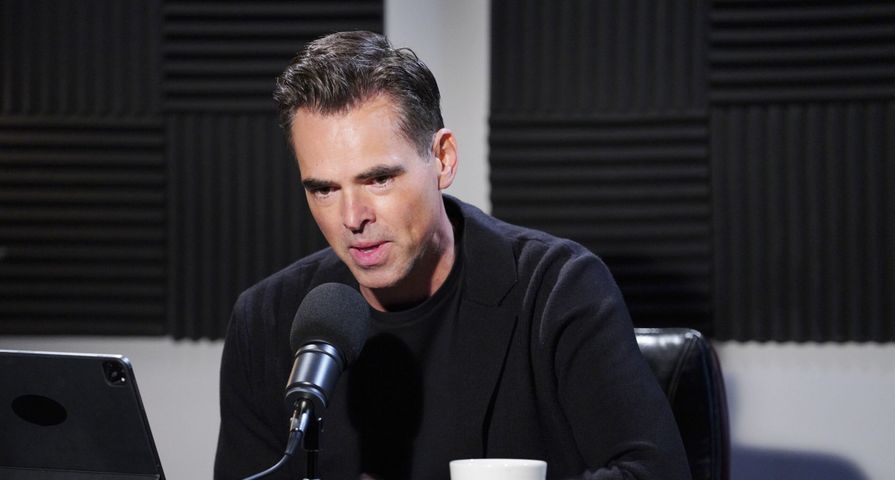 “Greetings. Welcome to what’s left of the mind of Billy Abbott…” That’s how this whole mess began.

When Billy Abbott faced a crossroads, he turned on a voice recorder and began ruminating about why he couldn’t sleep. The Young and the Restless (Y&R) fans likely assumed this was either a one-time moment of catharsis for Billy, or pointless filler to round out an episode.

Oh, to go back to such innocent times! Nowadays, the very glimpse of Billy’s laptop microphone sends shivers down viewers’ spine, as it signals another rambling monologue. It isn’t what Billy has to say about love or corporate greed that is so off-putting, but rather the sacrosanct way it’s delivered, as if it’s next-level thinking.

There’s a disconnect between what viewers see (a privileged, rich guy who enjoys the sound of his own voice) and what Y&R is trying to show (an anonymous truth-sayer bravely cutting through the noise). As a result, it’s Billy’s inflated belief in his own enlightenment that makes “The Grinning Soul” such a cringe-y podcast.

Want Y&R spoilers? Check out Young And The Restless Spoilers For The Week (May 23, 2022)

But let’s not tear down Billy’s monologues – that’s too easy. Instead, let’s try to figure out why head writer Josh Griffith and his team are sticking with Abbott’s passion project. Where is all of this heading?

Let’s give credit where it’s due. If anyone in Genoa City was bound to start a podcast, it’s Billy-boy. The black sheep of the Abbott family has always had the confidence (if not the competence) to jump head-first into uncharted territory, and the podcast scene appears to be a good arena for his type of bluster.

It’s a savvy idea from the writing team, as no other soap opera has mined the current popularity of podcasts. But the idea is far easier than the execution, because now they have to give Billy some cool stuff to say. And sadly, Y&R has yet to make a convincing case for why anyone would ever tune in.

Actor Jason Thompson is doing his best with the material, channeling his character’s ego and vulnerability as Billy digs deep. However, something about this storyline seems non-committal, as though any minute Billy might move on to something else. Has Y&R been dragging its feet with this podcast thing…?

No sooner had Lily and Devon green-lit this podcast series as the first joint project between Chancellor Industries and Hamilton Winters Group, when Billy ran out of ideas. He’d just published his first episode – about losing his daughter, Delia – and then said he was out of material.

Was it wishful thinking to hope that Billy had cleansed his subconscious and fixed his insomnia after one rambling podcast? Because, after a shaky start, “The Grinning Soul” appears to be back for the foreseeable future.

Viewers have painstakingly watched him struggle with writer’s block and test different voice-distorting effects. More recently, viewers stood by, embarrassed, as he outright lied to Victoria about not being the voice behind the podcast, even though – baritone aside – it sounds exactly like him.

So what does Y&R have planned for this storyline? A whole heap of trouble for Billy! Spoilers for the week of May 23rd tease that Abbott will make a bold move and feel the wrath of Lily. His CEO girlfriend has already warned him not to reduce his universal appeal (her words) to that of a personal soapbox. And she’s pleaded with Billy for months to stay out of his ex-wife’s affairs.

Will Billy stop hinting that Ashland is the despicable “monster” in his diatribes and start naming names? Surely, this would alienate Victoria. If Adam and Sally have their way, Victoria will soon forgive her estranged husband’s lies. Could she and Ashland then seek legal action against Chancellor Industries, just as it’s merging with Hamilton Winters Group?

Just imagine how furious Lily would be if Billy’s antics put a sudden strain on her and Devon’s working relationship. Devon and Nate have already noticed that Billy seemed a tad sulky about being the only non-family member in their last meeting. Could Lily wind up being everyone’s hero by pulling the plug on Billy’s microphone?

Let’s not forget that Billy started this podcast to resolve his feelings about Adam Newman and his failed dreams at Chance Comm. He had just abandoned a revenge plan against Adam and called a truce, all in the name of inner peace. Will he throw it all away to unmask Ashland on a major platform?

If “The Grinning Soul” winds up becoming another tool for revenge — and Billy’s enlightenment is proven hollow — it could push the podcast prince into another spiral. He could also lose Lily.

Whatever happens, this storyline had better result in some dramatic stakes (and soon). There simply has to be some payoff for the pain audiences are going through!