Home » Trending News » We Weigh In: Was Y&R’s November Sweeps A Flop?

We Weigh In: Was Y&R’s November Sweeps A Flop? 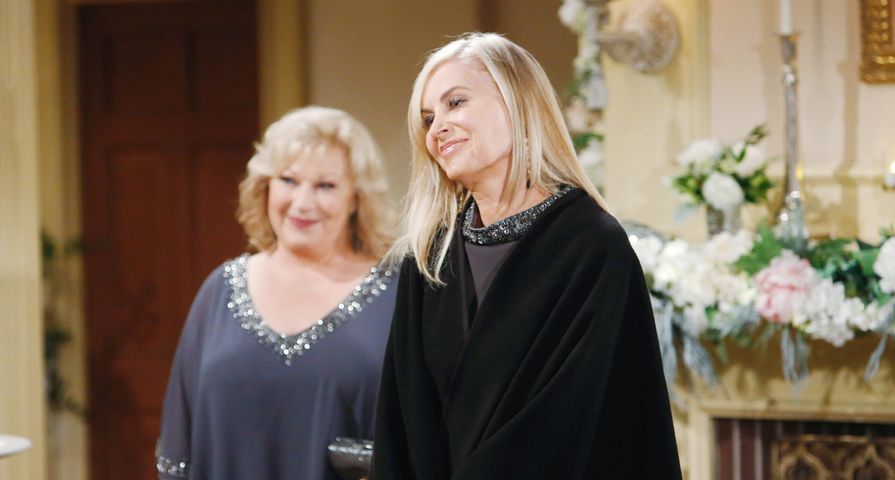 It’s supposed to be the most wonderful time of the year in daytime drama; however, in the land of Genoa City, November sweeps didn’t seem to have the bang it usually does. While fans of the three soaps were on the edge of their seats last month wondering what would happen next, Young and the Restless (Y&R) viewers seemed to breathe out a collective “meh” when it came to storylines.

The month started on a low note with Chance and Abby’s wedding, which also highlighted the show’s 12,000th episode celebration. It was loaded with fun memories and highlights, but went downhill from there. Nina and Jill popping in was a good start; however, there should’ve (and could’ve) been more “special guests” sprinkled in. Even the wedding itself had a solid layer of cheese to it thanks to Abby locking herself in the bathroom. Fans have come to expect some chaos whenever a super couple decides to say “I do” and, with the Chabby nuptials, there was zero.

Want spoilers? Check out Young And The Restless Spoilers For The Next Two Weeks (December 14 – 25, 2020)

While weeks before sweeps, fans were taken aback when Nate and Elena dove into a one-night stand after a heavy night at the clinic, little to nothing happened between them, or Amanda and Devon, in November. Amanda moved into a friendship at quicker speeds with Elena than a romance with Devon. Plus, Elena finally admitting to some feelings for Nate seemed so lackluster.

Over at the Skyle camp, one has to wonder what happened to their love triangle with Lola? Where did Lola even go? It seemed like one minute, fans were prepping for an added layer in this love triangle saga, and then it vanished.

Want plotline predictions? Check out Young And The Restless Plotline Predictions For The Next Two Weeks (December 14 – 25, 2020)

Sally Spectra entered the world of Genoa City after much hype; however, even her storyline started far too slow considering she did come to town during a sweeps month. She and Summer are far too friendly (still are), and Spectra is coming off as far too much of a schemer, a shadow of her former self on the B&B.

Then there’s the Adam storyline, which flip-flopped worse than a fish out of water. It felt like Adam was everywhere in November. He wanted to ruin the Newmans; he wanted Sharon back; then he wanted Chelsea back; and he landed in a mental institution, only to be released days later. There was too much going on. One can’t even call these plot twists because his story would change dramatically as each day went by.

Want more spoilers? Check out Young And The Restless Spoilers For Christmas 2020

Some highlights in November? Well, the “Who Dun It?” storyline was (and still is) intriguing. Faith’s dive into teenage angst and struggling from the aftermath of Billy’s story has been a good watch. Plus, Billy and Lily flirting with a romance was fantastic.

Still, a few interesting storylines do not make a soap opera amazing. While things have picked up a tad in December, fans can’t help but wonder: did Y&R dropped the ball when it came to November sweeps? Vote and let us know what you think!