Home » Trending News » We Weigh In: Is Y&R’s Billy Abbott His Own Worst Enemy?

We Weigh In: Is Y&R’s Billy Abbott His Own Worst Enemy? 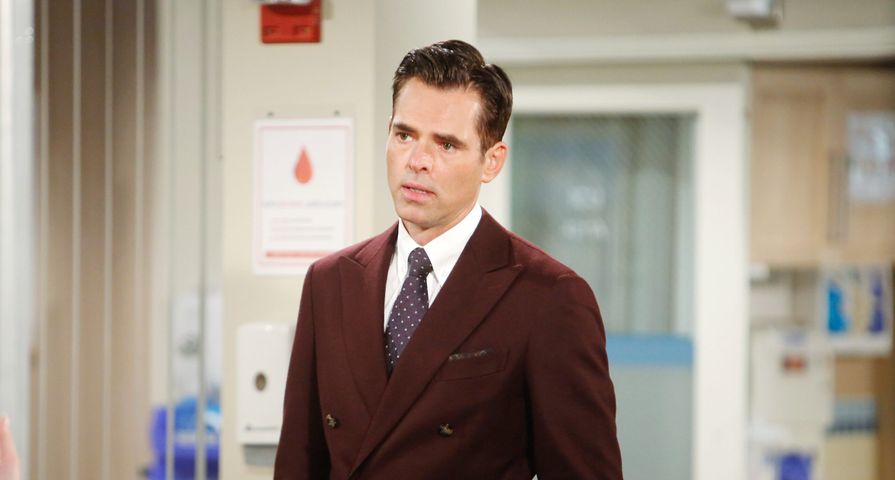 The Young And The Restless’ (Y&R) Billy Abbott tends to tempt fate too often. He never thinks before he acts, and it frequently lands him in all kinds of trouble. Is he his own worst enemy?

After recently publishing a scathing exposé on Adam, Billy couldn’t leave it at that. He suspected Adam was up to no good and started following Victor’s prodigal son around Genoa City. The result of which put Billy at the scene of a major crime.

Someone took a shot at Adam but ended up shooting Chance, who pushed Adam out of the way of the bullet. When the police questioned Billy about his whereabouts that day he lied and said he’d been at Chancellor Communications all day. The police discovered his untruth, and he was arrested for attempted murder. Of course, it didn’t help that the cops had an eyewitness. Plus, someone had also planted Billy’s gun and one of his ear buds at the scene.

Want Y&R plotline predictions? Check out Young And The Restless Plotline Predictions For The Next Two Weeks (December 14 – 25, 2020)

Even his mother Jill knows that he’s a screw up. When she found out Billy was a suspect in Chance’s shooting she told him she knew he didn’t do it. But she also advised him that he needed to be careful and not to do anything stupid. However, he didn’t listen. Does he ever?

Billy claims he’s innocent and viewers know that’s likely the case. But instead of leaving well enough alone and letting Amanda do her best to defend him, he fired his lawyer and decided to investigate the case himself, with Lily’s help. The pair of amateur sleuths found out the eyewitness was none other than Alyssa, the Kansas reporter who hates Adam, and she was staying at the Grand Phoenix.

Want more Y&R spoilers? Check out Young And The Restless Spoilers For Christmas 2020

They found out what room she was in and Lily went up to talk to her. She didn’t find out much, but instead of leaving it at that, Billy insisted on confronting Alyssa himself. Lily told him he risked revoking his bail, but as usual he didn’t listen and went up to the reporter’s hotel room anyway. As he knocked on the door, Rey was standing behind him. “What the hell are you doing here?” he asked Billy. Then he slapped a pair of handcuffs on him.

All Billy needed to do was stay away from Alyssa. But despite his mother and Lily’s warnings he did something stupid yet again. Now he’s sitting in jail, having broken the terms of his bail. Is Billy his own worst enemy? Take our poll and let us know if you agree or disagree!