Home » Trending News » We Weigh In: Does Kyle Belong With Summer Or Lola?

We Weigh In: Does Kyle Belong With Summer Or Lola? 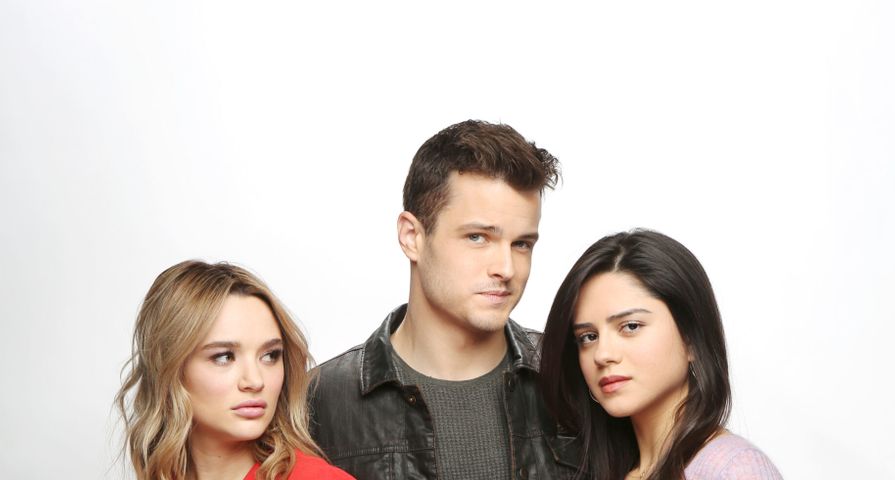 Are you Team Skyle or Team Kola? It’s hard to say who Kyle Abbott truly belongs with, whether that be Summer or Lola. Things have gotten rather sticky in the land of Genoa City as of late between these three, as Kyle has been juggling a ton of emotions and chemistry with both ladies.

Kyle seems to want to be with Summer. He’s been head-over-heels obsessed with the idea of a “happily ever after” with her and ended his marriage to Lola to be with her. With that said, because he was so fast to fluff Lola off, it’s clear that he never truly resolved his feelings for her. Instead, he just jumped into a serious relationship with Summer.

Want Y&R spoilers? Check out Young And The Restless Spoilers For The Next Two Weeks (October 26 – November 6, 2020)

The thing is, while Kyle and Lola did (and in many ways still do) have chemistry between them, there’s something about the love story between Kyle and Summer. They grew up together as childhood friends, spending a massive amount of time together as kids when Phyllis and Jack were together. Clearly, they have a lot more history together than he does with Lola.

Plus, fans can’t negate the fact that Summer has had a long-time infatuation with Kyle since she was a teenager. Nick had to pull the “you might be related” card to stop their romance from happening. Believing that Jack was her dad fizzled their up-and-coming relationship at the time. However, when it was revealed that Nick was Summer’s dad, they picked up exactly where they left off.

While Summer’s love for Kyle never faded, his eyes wandered to Lola when she stepped into town in 2018. There’s nothing soap operas love more than pairing up good girls with bad richy-rich boys. The Kola romance stirred up that nostalgic 1980s recipe for romance on the Y&R. With that said, Kyle and Lola made it work, and it did work well.

But things changed earlier this year. Theo entered the picture, and chaos erupted for Kyle in the boardroom and his love life. He began working with Summer at Jabot and noticed how she was growing up, becoming more independent, and no longer scheming, which led him right back to her. He seemed to realize that with her he had everything he wanted — chemistry, compatibility, work-life balance, and strength to succeed together.

Want Y&R plotline predictions? Check out Young And The Restless Plotline Predictions For The Next Two Weeks (October 26 – November 6, 2020)

Lately, however, things have fallen by the wayside for Kyle and Summer. He and Lola never truly had closure, and now that she’s broken up with Theo, it’s clear that the Kyle/Lola/Summer triangle is coming back. Even Summer senses there is something that still lingers between Kola, and she may not be wrong. Kyle has been flip-flopping between them for a couple of years now.

At the end of the day, Skyle and Kola both make great super couples. In terms of chemistry, lifestyle and history though, Kyle seems to have more of that Summer. Also, she’s put up with a lot more from him than Lola ever has.

Who do you think Kyle belongs with — Summer or Lola?