Home » Trending News » We Weigh In: Does Adam Belong With Chelsea Or Sharon?

We Weigh In: Does Adam Belong With Chelsea Or Sharon? 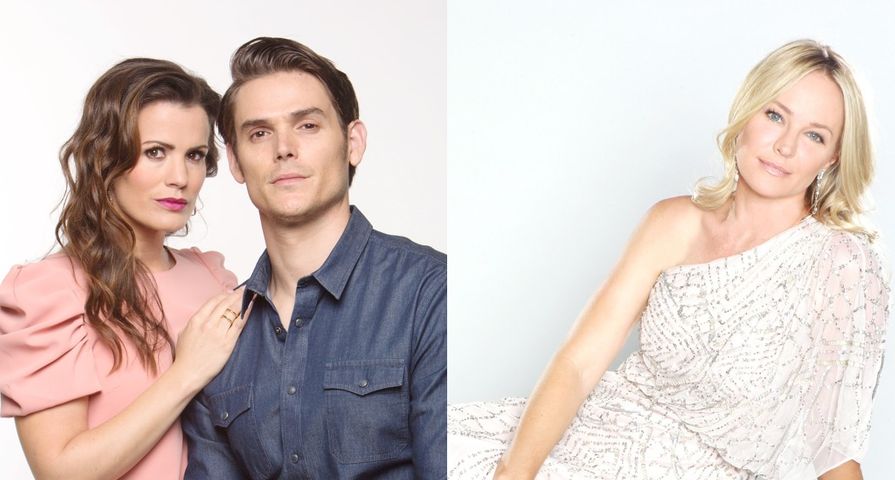 On The Young And The Restless (Y&R), viewers seem to be divided into two camps – Team Chadam and Team Shadam. Some fans think Adam belongs with Chelsea, but others believe he and Sharon are soulmates. Both women have complex histories with the Newman prodigal son, so who does he belong with?

Adam broke off his engagement to Chelsea and then ran to Sharon for comfort. And she did her best to support him after he found out he’d killed a man when he was only 11 years old. Sharon rushed off to Kansas to help him and then a few days later they spent a chaste afternoon together in Adam’s motel room.

Want Y&R spoilers? Check out Young And The Restless Spoilers For The Next Two Weeks (September 28 – October 9, 2020)

This caused some problems in Sharon’s relationship with Rey and Chelsea didn’t take very kindly to it either. When she found out about it, she headed to Sharon’s place and hollered at her. “You stay the hell away from my fiancé. Understood?”

But now a whole other level of angst for Sharon and Adam has been thrown into their already complicated relationship. Billy published the article “The Making Of A Monster” on the Chancellor Media site, which included a juicy tidbit about Adam kidnapping Faith and making Sharon believe her daughter had passed away. When Faith found out about it, she asked Sharon how she could still be friends with him.

Team Chadam fans were thrilled when Adam quickly reunited with Chelsea, who is trying her best to also support him during this tough time in his life. She’s a con artist, like him, and although she understands him, she can’t seem to knock any sense into him like Sharon can.

Want Y&R plotline predictions? Check out Young And The Restless Plotline Predictions For The Next Two Weeks (September 28 – October 9, 2020)

Those who are on Team Shadam point out that their portrayers, Sharon Case and Mark Grossman, are a couple in real life. This means they don’t have to worry about social distancing issues and can sit and stand together closely in scenes.

If writers decide to reunite Sharon and Adam, they would even be able to film real love scenes. This would be a refreshing change from actors kissing mannequins (I’m talking to you, Bold And The Beautiful) or shadow puppet shows, like viewers just saw when Elena and Nate slept together.

Who do you think Adam belongs with, Chelsea or Sharon?