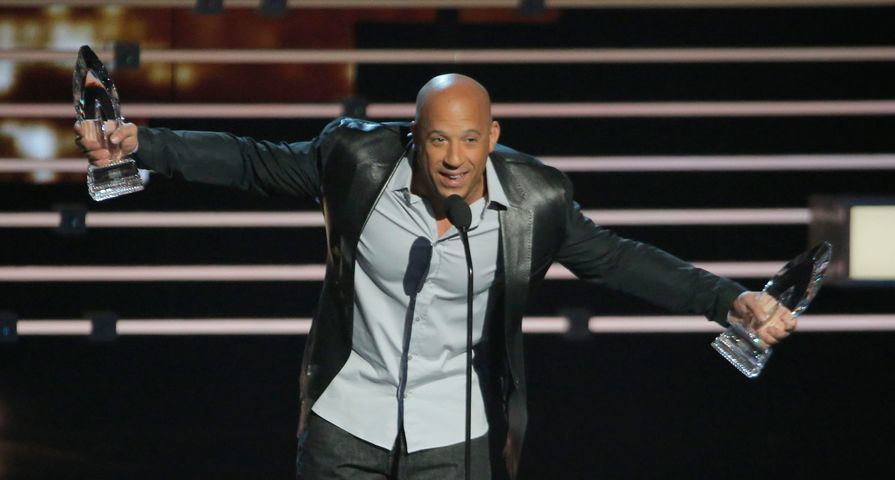 The bond between Vin Diesel and the late Paul Walker was much more than just co-stars in the Fast and Furious franchise, and following Walker’s tragic death, Diesel has often reminisced about his long time friend and the pain of losing him. At the People’s Choice Awards on Wednesday Jan. 6, Furious 7 won both Favorite Movie and Favorite Action Film which Diesel accepted and of course paid tribute to his late friend and co-star.

“You know, as I was coming over here, I always do this, I say I’m not going to get emotional about, you know, winning these awards. And I was cool while I was sitting in my seat and then they handed me two awards – one for Favorite Action Movie and one for Favorite Film. You all thought this was your favorite film,” he told the audience before giving into his emotions. “So I think of Dom and Brian, and I start to think of Paul. They said make this short and sweet so I will make this short and sweet.”

He continued with, “It was a labor of love. My only message to you is you’d be amazed what you can do with love. You’d be amazed how powerful a force that is. When we didn’t want to come back to filming when the tragedy was too heavy, it was the love of everyone combined that saw us through to the end, and now I’m standing here with all of you telling me this was your favorite film of the year.”

He then told them, “These are real people who are voting. It’s real fans who are saying how much they appreciate our work and the only thing I can say now is…” and then he burst into a rendition of Furious 7‘s tribute song to Walker, Wiz Khalifia and Charlie Puth’s “See You Again.”