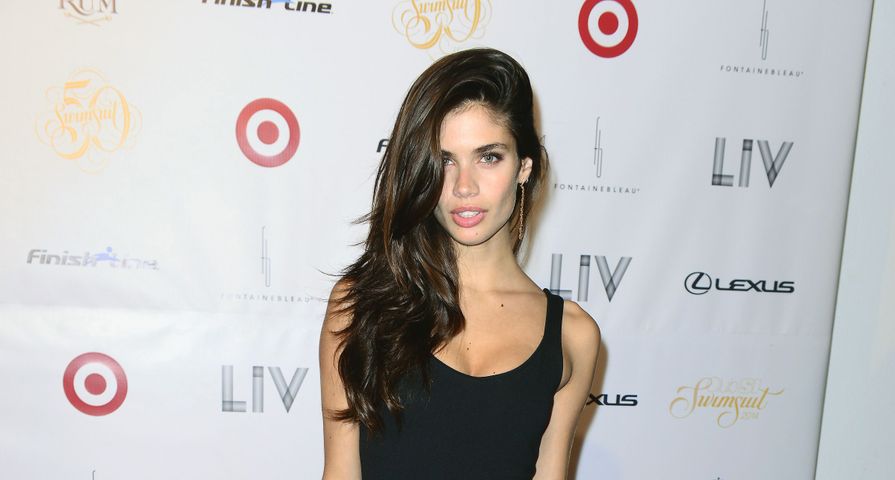 Women everywhere struggle with the pressures of looking good but Victoria’s Secret model Sara Sampaio wants you to know that you’re not alone. The brunette beauty recently blasted people who body-shame, saying it affects models too.

According to Sampaio she is trying to stop the stereotype that models are only so skinny because they do not eat.

While “skinny-shaming” might not happen as much as other body-shaming, Sampaio says it is still bullying.

On her Instagram page, Sampaio posted a bikini shot of herself along with, “I’m proud of my body and I’m not gonna let any of you bully me just because I’m skinny! Every body is different, and every metabolism is different. I eat a lot, so the next time u decide to tell me to eat a burger remember I probably eat more burgers than you, I’ve always been skinnier, and probably always will be, I workout, I’m healthy and I’m happy,” she began her quite lengthy rant.

She continued on by stating it’s not about being skinny or fat, just being happy with who you are and not attacking others for looking different.

“The amount of hate I see thrown at me and to other model friends that I know are naturally skinny it’s ridiculous! U don’t see us shaming other types of bodies so please don’t come and shame ours! Be happy with ur body and stop shaming others Whether they are skinny, fat, fit, with big boobs, small boobs etc! Don’t share hate! Be happy.”

While Sampaio’s message is great for women of every body type (and it defends a side of body-shaming that is not typically supported as much), her rant has been viewed as hypocritical by some.

Shortly after Sampaio shared her message, Victoria’s Secret posted their own Instagram video promoting their upcoming fashion show and in the video Sampaio states how she wishes her body was like fellow model’s Candice Swanepoel, making her message of “love your body no matter what it looks like” seem kind of contradictory.

The company was also the center of another body-shaming controversy about a month ago when they launched a new campaign for their “Body” line of bras which promotes the tagline “The Perfect ‘Body'” as models show off the bra in the ads.

The allusion to a model having the “perfect body” caused outrage resulting in Victoria’s Secret changing the campaign slogan to “A Body For Every Body” in order to appeal to everyone.

Also Check Out: 10 Stars Who Have Opened Up About Their Eating Disorders