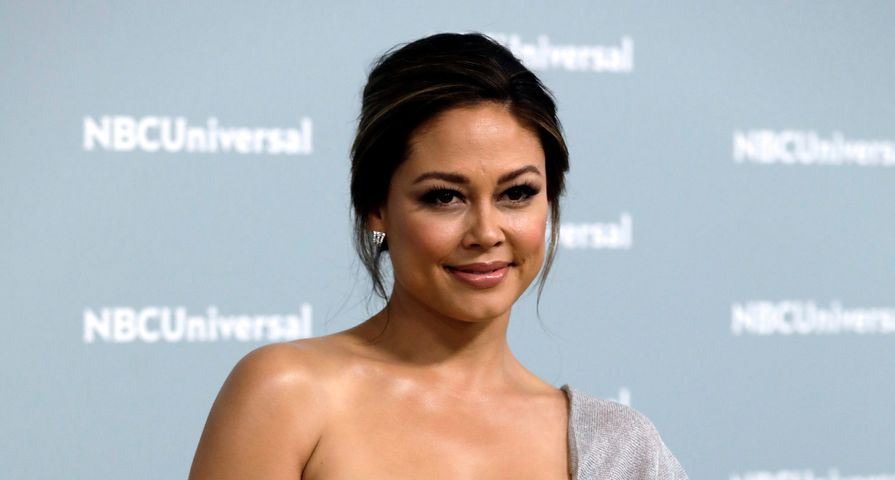 On Friday, May 31, Vanessa Lachey took to Instagram to reveal that she would be joining BH90210 as Jason Priestley’s wife. The 38-year-old shared a hilarious GIF/video of herself popping up between the original stars in a network promo while the tune of the series’ theme song plays.

“My NEW JOB has a pretty iconic zip code!!!” she shared in her caption. ” I am still pinching myself that I get to join this incredible cast & play Jason Priestley’s wife. This show was EVERYTHING to me in the 90’s! Now excuse me while I continue doing my happy dance while rockin’ out to this song!!! #BH90210.”

Lachey will play Camille, a PR executive who struggles with her work/life balance as she and Priestly try to start a family. In real life Priestley has been married to make-up artist Naomi Lowde since May 2005. The pair have welcomed a daughter and a son.

Just days before the announcement of Lachey’s casting, it was announced that La La Anthony had been added as Brian Austin Green’s wife, Shay.  Shay is a hip-hop/pop superstar who “makes the money” while Green is a stay-at-home dad to their three kids. Of course, in real life Green is married to actress Megan Fox who has been bringing in most of the money as Green rarely acts anymore and stays home with their three children.

BH90210 premiere this August on Fox and is throwing a slight twist at fans. Instead of being a revival or reboot, BH90210 actually stars original Beverly Hills, 90210 stars Gabrielle Carteris, Tori Spelling, Brian Austin Green, Jason Priestley, Shannen Doherty, Jennie Garth and Ian Ziering as “heightened versions of  themselves” rather than their iconic characters. “We’re fictionalizing everybody’s home lives to a certain degree,” Garth explained about the scripted reality series.

“In general, it’s a show about the people making the show,” she told Us earlier this month. “So you will get to see how … life imitates art. … We’re just digging into that. We’re having a lot of fun … taking an image that public has of us or might have of us… and messing with it, playing with it.”