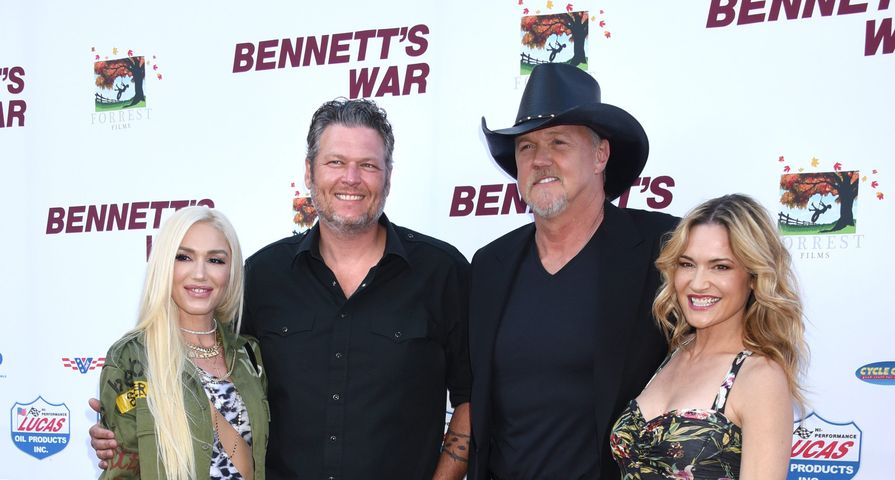 The popular country singer married actress Victoria Pratt on Saturday, October 12 in a romantic ceremony held in New Orleans, his rep has confirmed.

The wedding took place at the Maison Montegut, in the French Quarter, and was officiated by none other than country star Blake Shelton.

“Join us in congratulating Trace & Victoria!” read a post on the 57-year-old country singer’s Instagram page, which showed the happy couple standing in front of their loved ones on their special day. The photo features Trace and Victoria smiling at each other while Shelton laughs behind the mic. Adkins donned dark jeans, cowboy boots, and a black jacket and black cowboy hat for the nuptials. Meanwhile the Canadian actress opted for a classic strapless gown.

Adkins and Pratt have kept their romance very low-key, but the pair have been dating for several years now and worked together on the 2014 film The Virginian.

Shelton and Adkins have been friends for quite some time, and most recently released the single “Hell Right” together.

“He just brings a certain quality to any recording that nobody else can touch,” Shelton said of working with Adkins on the song. “The guy’s got so much personality in his voice and the way he sings, and I still think that he’s one of the most underrated country artists out there.”

This marks the fourth marriage for Adkins who was previously married to Barbara Lewis, with whom he shares two daughters Tarah and Sarah. He was then married to Julie Curtis. He was also married to Rhonda Forlaw with whom he had three more daughters Mackenzie, Brianna and Trinity.