Tori Spelling And Dean McDermott Are Issued A Tax Lien 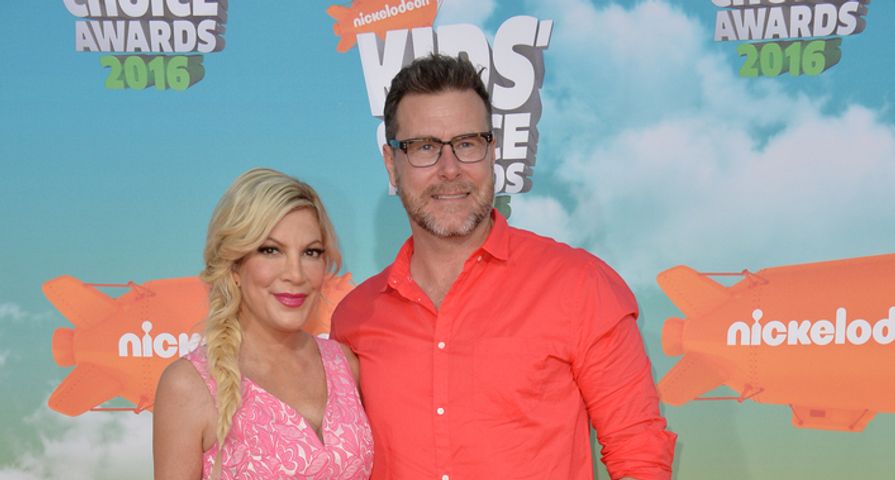 Tori Spelling and her husband Dean McDermott are in some serious financial trouble.

According to legal documents obtained from E! News, the couple has been issued a tax lien for $259,108.23 for unpaid state taxes in California. The unpaid taxes date back to 2014.

Earlier this year, Tori told People that she and Dean were financially stable. “We’re doing a great new series, I’m really happy, we’re doing a new show on Cooking Channel—we’re not bankrupt, we’re not struggling, we’re fine! Kids are good, family’s good, I’m healthy, finances [are] good.” she told the magazine. Her interview was in response to the news that she was being sued by the credit card company American Express for not making payments on her balance of $37,981.97. Court documents showed that Tori was unable to make a payment of $1,070 to the company.

This recent news seems to suggest that Tori and Dean have failed to bounce back financially, despite claims they were financially OK. Though the couple stays busy with TV appearances and projects, they have four children to provide for: Liam, 9, Stella, 7, Hattie, 4, and Finn, 3. “My husband and I work really hard,” she told People. “I mean, I’m constantly out there working. It’s so important for my children to see that both their parents are working, and we talk to them about it. My kids are like, ‘It’s not fair, why aren’t you home more?’ And I explain [things] to them and we talk about money.”

However, Tori fully admits that she struggles to save money. In her 2013 memoir, Spelling It Like It Is, Tori revealed that her upbringing didn’t prepare her to be financially responsible. “It’s no mystery why I have money problems. I grew up rich beyond anyone’s wildest dreams. I never knew anything else,” she candidly wrote. “Even when I try to embrace a simpler lifestyle, I can’t seem to let go of my expensive tastes.”