Home » Trending News » Tori and Dean’s Most Insane Fight Yet!

Tori and Dean’s Most Insane Fight Yet! 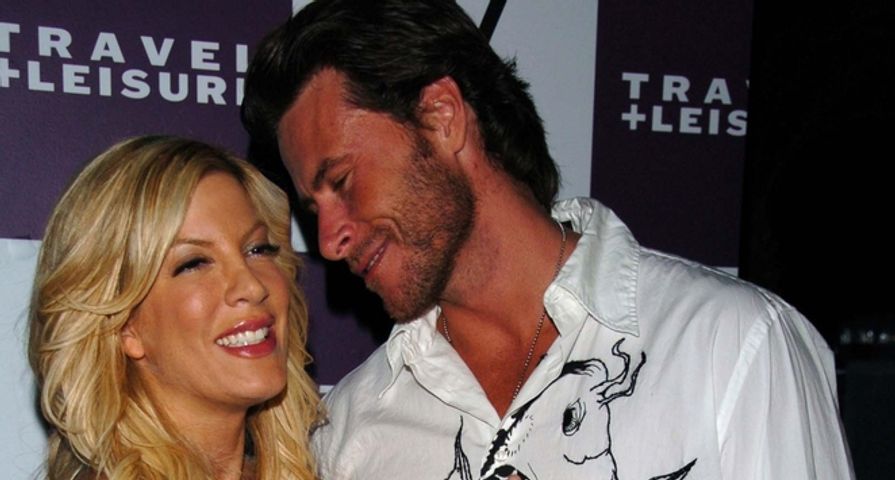 Tori Spelling and Dean McDermott have put their turbulent marriage on display this season in Lifetime’s True Tori — and the most recently episode included their most intense fight yet.

Tori was hanging out in bed and making a scrapbook with her kids when memories of Dean made her start to cry. Dean came into the room and made the kids leave; after, he and Tori finally addressed their issues (all while Tori was sobbing). Dean actually started crying too. See what they said by watching the video.

After Dean’s cheating came to light, he went to rehab, leaving Tori to care for their four children, Liam (7), Stella (5), Hattie (2) and Finn (18 months). Tori broke down and was eventually hospitalized for migraines and an ulcer, caused by the emotional stress of the cheating scandal.

Some fans found the episode too intense (and maybe too real?) to stomach. Most people seem to be on the heartbroken Tori’s side, but others suggest that Tori should either forgive Dean or choose not to forgive him, thus giving up on the marriage. Right now they seem to be somewhere in between — and it’s painful to watch. Tori wants Dean to do something about their situation, but he doesn’t really know what she wants him to do.

Is this marriage doomed?

Check out the video to see the insane fight: