Home » Trending News » Tom Hanks Chokes Up During Touching Speech While Accepting The Cecil B. deMille Award At The 2020 Golden Globes

Tom Hanks Chokes Up During Touching Speech While Accepting The Cecil B. deMille Award At The 2020 Golden Globes 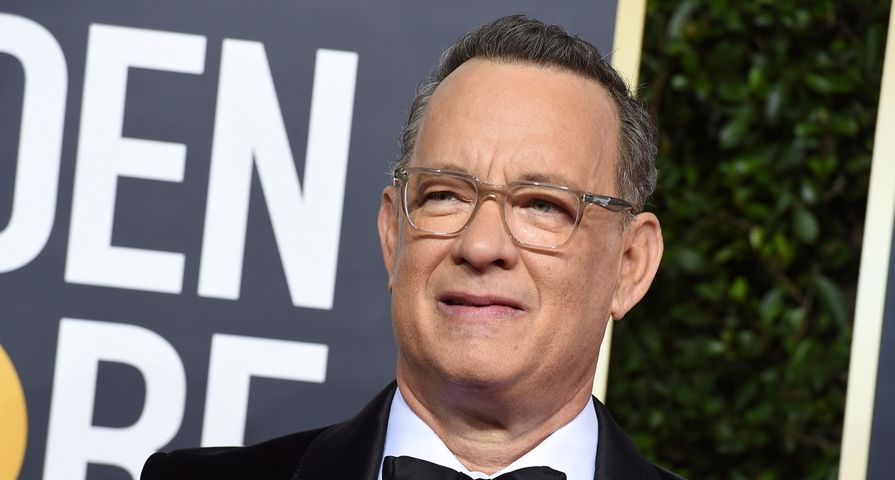 Tom Hanks was awarded the Cecil B. deMille Award at the 2020 Golden Globes on Sunday, January 5.

The actor opened up about his decades-long career when he took the stage. He talked about how he’s been “blessed” to be where he is in both his personal life and career.

“[I’m] a man [who] is blessed. … Blessed with a family sitting down front like that,” he said while almost crying. “A wife, [Rita Wilson], who is fantastic in every way, who has taught me what love is. Five kids who are braver and stronger and wiser than their old man is, and a loving group of people who have put up with me being away months and months at a time.”

The actor went on to say he “wouldn’t be standing here” without the support of his family by his side. “I can’t tell you how much your love means to me,” he added.

In 2019, it was announced that Hanks would be awarded the honor in 2020. Each year, the Hollywood Foreign Press Association’s board for directors select one major industry figure whose work has influenced the entertainment field. Stars who have received the award before Hanks include Audrey Hepburn and Robin Williams.

“The Hollywood Foreign Press Association is proud to bestow the 2020 Cecil B. deMille Award to Tom Hanks,” Lorenzo Soria, HFPA president announced in a statement in September 2019. “For more than three decades, he’s captivated audiences with rich and playful characters that we’ve grown to love and admire. As compelling as he is on the silver screen, he’s equally so behind the camera as a writer, producer and director.”

Hanks is a 10-time Golden Globe nominee who has won four awards. His first Golden Globe award was in 1989 for Best Actor in a Motion Picture – Musical or Comedy for Big. He also received awards for his role in Philadelphia in 1994, Forrest Gump in 1995, and Cast Away in 2001. This year, the actor was nominated for his role as Fred Rogers in A Beautiful Day in the Neighborhood.