Tom Cruise Recreates His Most Iconic Roles With James Corden 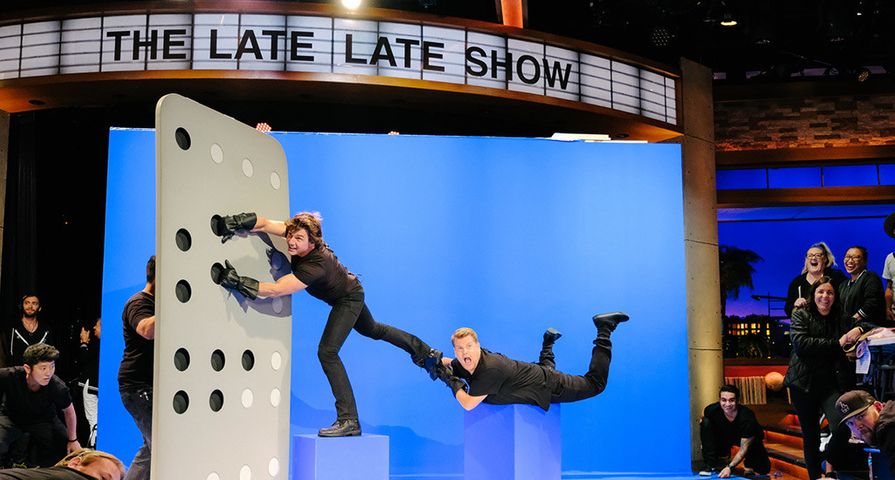 The iconic actor appeared on the Wednesday, October 20th episode of The Late Late Show with James Corden and the pair recreated Cruise’s most memorable roles over the years all the while serving up some serious laughs. The pair performed a choreographed bartending dance in honor of Cruise’s 1998 film Cocktail, and pulled off some pretty fancy moves which included catching a bottle of alcohol mid-air. They went on to recreate more iconic scenes from Days of Thunder, Rain Man, Tropic Thunder, War of the Worlds, Minority Report, Jerry Maguire, Rock of Ages, Eyes Wide Shut, A Few Good Men, and Mission: Impossible which could not be overlooked.

Cruise appeared on the popular late night show to promote his newest film, Jack Reacher: Never Go Back, and the star talked about how he continues to do his own stunts no matter how much older he gets or how crazy the stunts are. “It’s interesting because I’ve never missed a day of work… there’s days I’m limping into work… but I prepare very diligently for all of these.”