Tom Brady Opens Up About Marriage, His Kids, And Even His Hair 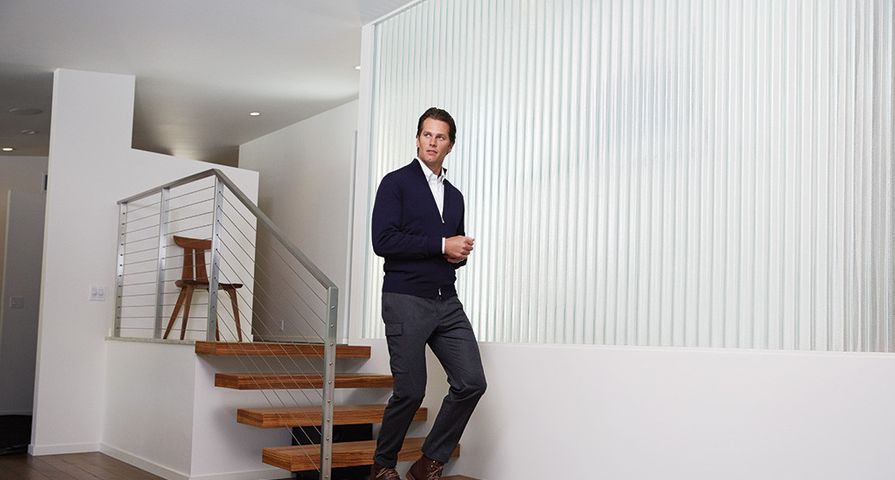 Right now Tom Brady, one of the NFL’s most elite quarterbacks, is serving a four game suspension, so with a lack of football in his life for the first time in a long time, the handsome athlete is taking some time to talk about the other important aspects of his life.

The 39-year-old revealed that he and his wife Gisele Bundchen spent a lot of the summer traveling with their two children, Benjamin and Vivian, as well as Brady’s son from a previous relationship, Jack. “I feel like people are always coming to see us, especially when I’m in Boston for really seven months of the year,” said Brady of trying to be the ones doing some visiting for once, which included a recent trip to California to see his parents as well. “My wife travels to Brazil a lot. We spend a lot of time in Costa Rica. By the time summer’s over, it’s nice to get back to Boston and quit living out of a suitcase, especially when you have kids – because the packing and unpacking gets to just be so much.”

Despite being restricted from the Patriots facility and from playing football until his return on October 9, Brady admits it is nice having extra time with his kids. “I’ve had time to bring them to school and pick them up from school, put them to bed and read books,” Brady said. “Everyone says, ‘It goes so fast! It goes so fast!’ And it does go so fast, and you enjoy these different moments that they have, because, you know—it’s only once that they get a chance to have their first day of school. To pick them up on their first day of school is so fun. Those are memories I’ll have for the rest of my life, and hopefully they’ll have them, too.”

In between gushing about his gorgeous wife and adorable kids, Brady even took time to talk about his hair which inexplicably gets a lot of media attention, adding that Bundchen doesn’t really care about his changing hairstyles or that it makes headlines. “She’s never really said much about that. She’s never had too strong opinions one way or another. She likes it whatever it is.” Brady doesn’t understand why his makeovers make headlines from “time to time,” saying, “There are a lot of things that get covered these days that sometimes I shake my head at.”