Tim McGraw Scares Crowd After Collapsing On Stage In Ireland 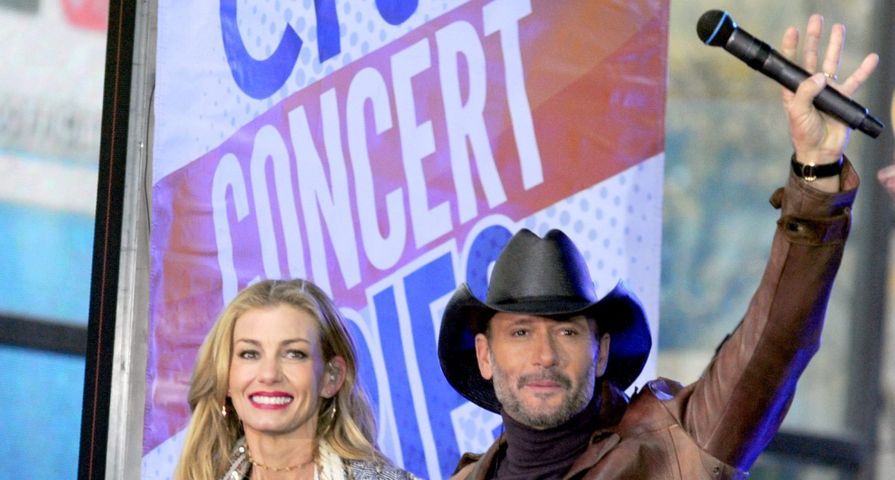 Country superstar Tim McGraw gave fans in Ireland quite the scare at the Country to Country festival when he fell to his knees and then collapsed while performing his hit song “Humble & Kind.”

After McGraw was taken off of the stage for treatment, his wife Faith Hill addressed the crowd, sating, “Tim is fine. We’ve all been a little bit dehydrated traveling so much. He’s been super dehydrated, and I apologize but I made the decision that he cannot come back out on the stage,” she said, surrounded by the couple’s band. “So drink water, people, keep yourself hydrated.”

Following the performance, a rep for the 5o-year-old singer also released a statement confirming the collapse was due to dehydration. “Tim McGraw was suffering from dehydration in Dublin this evening at the C2C show. He was attended to by local medical staff on-site and will be fine. He and Faith thank everyone for their love and support and look forward to seeing their Irish fans again soon.”

Of course, fans were quick to show their support for the singer as they chanted “Get well, Tim!” as Hill launched into a capella version of “What a Friend We Have in Jesus.”

McGraw and Hill, 50, were participating in the three-night country music festival with multiple stops. The couple performed Friday in London, England, and Saturday in Glasgow, Scotland, before Sunday night’s show in Dublin.

The couple is next scheduled to bring their joint Soul2Soul tour to Richmond, Virginia, on May 31.