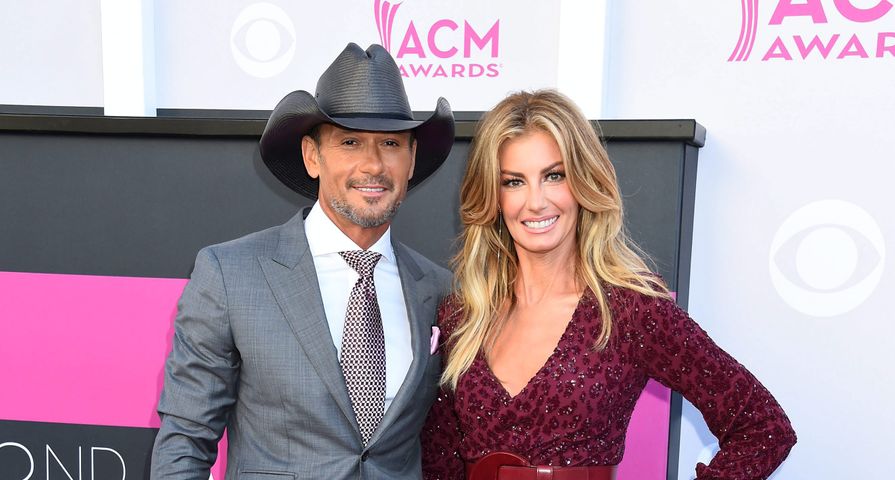 Over the past few years, country superstar Tim McGraw has become healthier than he has ever been, and he’s sharing all about his personal journey in his new book Grit & Grace: Train the Mind, Train the Body, Own Your Life.

In the book, McGraw reveals that the change in his health and fitness began just over a decade ago when his wife, country star Faith Hill, gave him an ultimatum: partying or his family.

“When things happen and you succeed beyond your wildest dreams and you’re playing all these great shows and the parties are going on,” McGraw, 52, told Hoda Kotb on the TODAY show. “Then you’re married and you have kids. And all of a sudden your wife looks at you and says, ‘You know, you’re getting a little overboard and you need to make some decisions.’ It makes a big impact on you.”

While he knew that his rockstar ways needed to change, the singer also revealed that his fitness journey began when his daughter Gracie responded to a photo of him. “I made a movie and we went to the theater during the holiday season,” he said to Kotb. “I wasn’t even thinking about the trailer of my movie, we were just going to see a holiday movie, and sure enough, the first thing that pops up on the screen is the movie I’d done. My face is the first thing that came on a 100-foot screen and it was pretty swollen at that time. My daughter looked at me and she said, ‘Jeez, Dad, you need to do something.’ And that’s sort of a gut shot, right?”

After the comments from both his wife and daughter, McGraw explains in his book that he started his change in lifestyle slowly. He began by deciding to work out every day which started with at least taking a walk, and began to build a program that challenged his body but also lowered his stress.

“I wasn’t comfortable sitting back, watching and waiting in stillness,” he shares in his book. “In hindsight, I think it’s because if things got quiet, I’d hear the old ghosts that tend to follow at my heels like shadows. The ones that say, You’re just a small-town country singer on a lucky streak — what do you know about success? Working hard and playing hard kept things noisy enough inside to drown them out.”

He continues: “But when you’re a partner and a parent, if you don’t leave intensity at the door when you come home, it starts to strain the bonds. You don’t even realize you’re using worldly stresses and pressures as a way to check out of something harder to navigate — like intimacy and being there emotionally for the people who love you most.”

“My emotional absence was noticed and it was not scoring any points,” he also writes. “[Faith] has always offered unconditional love in every situation and never for a second have I doubted her willingness to support whatever step I needed to take to find my way back to health. Yet in that instance, she knew that someone had to lay down the law. Getting real like only she can do, Faith told me, ‘Partying or family, take your pick.’”

In the end, McGraw has lost over 40 lbs. and changed his life for his wife and their three daughters, but most importantly for himself as well. “Be there for yourself so you can be there for other people,” he told TODAY. “It’s all about what you can do, it’s not about what I do. I’m sort of an extreme person because that’s part of my DNA. But I think that anyone can take control of their life.”