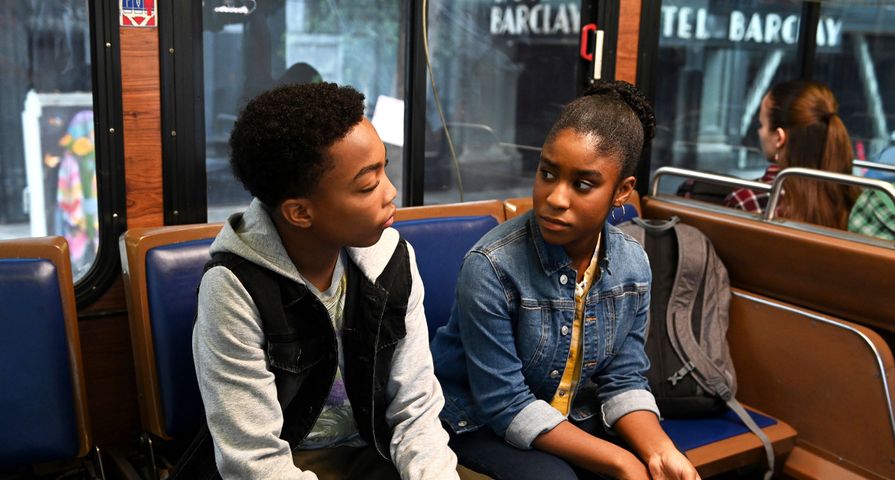 Every season of This Is Us takes viewers on a wild and unexpected ride through the lives of the Pearson family, and so far season four has introduced quite a few new and important characters, including Deja’s new love interest Malik played by Asante Blackk.

In the Tuesday, November 5 episode “The Dinner and the Date” issues of race and class were tackled through the aspiring romance between Malik and Deja, and in the past with young Randall. The episode dealt with Randall and Beth getting to know Malik after being shocked to find out he is already a teenage dad to his daughter Jenelle.

Blackk opened up to PEOPLE about being a part of the show and shared his excitement for helping to break the stereotypes of young, black fathers.

“It’s a storyline that we don’t really get to see in the young, black boys. You never really see the young teen, black fathers being the one that’s single and the one that’s staying around for the babies,” the 18-year-old actor shared. “It happens a lot in real life, but in the media, it’s never portrayed as it truly is.”

He added that Malik is a character “that I’ve never really seen on screen and on TV before.” He added, “I’m glad that we’re breaking that stereotype with this character. He loves his daughter and will do anything for her. But also he has a very supportive family, and he’s not just in it alone. His parents are there for them. They let them know that this is his responsibility, and they have his back regardless. He’s there for his daughter 110 percent. He wants to show Deja that he’s also there for her 110 percent. It’s just the type of guy he is: Very honest, very standup kind of guy, very charismatic, very caring and loving.”

Blackk continued, “Just because he’s a single father doesn’t mean that he’s a bad guy and he’s going to hurt Deja. I was so glad we get to explore that and really show people that there is so much more to the human soul. We reserve judgments, that you don’t even realize that you’re doing, because you don’t know anything about their situation.”

The young actor also teased what is to come for Deja and Malik as the season progresses. “There’s going to be some moments where people will say, ‘Okay, I definitely see a lot of Randall and Beth in Malik and Deja, or even Jack and Rebecca in Malik and Deja,’ because it’s young love that’s just starting to bud and you kind of see it grow over time. It’s going to be amazing.”

He also opened up about how it has been joining the hit drama in the fourth season and getting to know the close knit and talented cast. “I feel like I’m a part of a family already, and that’s a hard thing to do when something has been running for three seasons and you’re the new guy jumping on the ship. It’s been nothing but love,” he revealed. “It’s also amazing to be able to laugh with each other and chill with each other when the director calls cut. I can’t wait to just sit around and be a part of the family for, hopefully, a long time.”

Babies are cute until the father is dating your teenage child.😳 #ThisIsUs pic.twitter.com/2ree9BNqE6