Home » Trending News » This Is Us Season 3 Ep. 3 Recap: Kate Hallucinates Jack During Her Surgery

This Is Us Season 3 Ep. 3 Recap: Kate Hallucinates Jack During Her Surgery 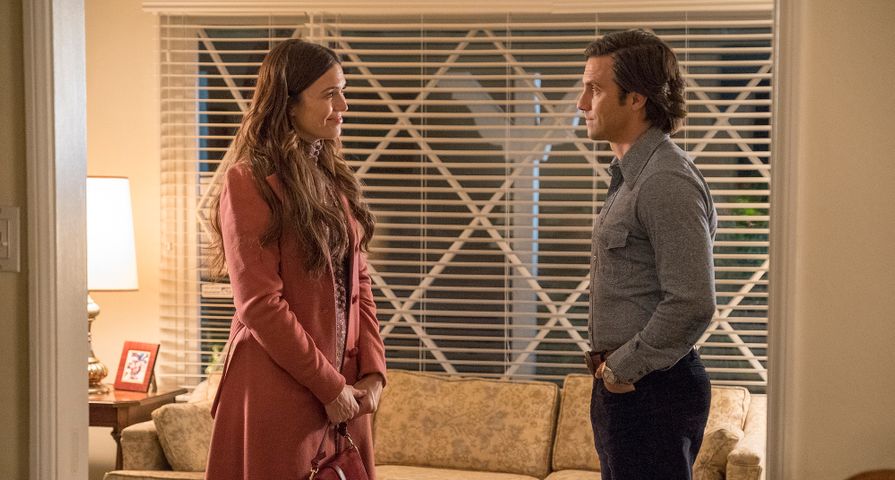 Season three of This Is Us has had a slow build in two episodes towards some pretty heavy material, and episode three aptly titled “Katie Girls” began to dive right in.

In the last episode, fans saw as tensions built between the Pearsons but mostly within Randall when Kate said she was the only one who could pass on a piece of their father. After Kevin’s movie premiere, which went very well, Randall confronted Kate about what she said in what turned out to be a pretty heated argument between the two. With Kate only a few days away from her risky egg retrieval surgery, Beth told Randall to apologize and revealed that she, Miguel, and Toby have a group text which “is mostly GIFs, but sometimes we talk about how messed up you all are.”

Randall makes it to the hospital just in time to wait anxiously with Toby and the two begin a very foretelling discussion about men admitting to having anxiety and depression too.

While in surgery, Kate begins to hallucinate and ends up in a dream where her adult self, child self, and teenage self are all hanging out with Jack. As she gets conflicting views from each, her teenage self tells her to say here because that is where Jack is, and in real life Kate was having difficulty waking up from the anesthesia. While the moment was scary, Kate eventually decided to leave the dream and woke up where she and Toby found out that doctors had retrieved eight viable eggs!

Meanwhile, in flashbacks, fans got to discover that the mysterious man who showed up with flowers on Rebecca’s doorsteps before Jack was actually her high school boyfriend who wanted to not only be with Rebecca but for her to move to New York with him. Surprisingly, Rebecca agreed, but after she ran into Jack a little later she revealed she had serious doubts and she had a strong feeling about Jack. After breaking things off with her old boyfriend, Rebecca tracked down Jack and discovered him washing dishes for his mom, whom he had just helped leave his abusive father. Rebecca invited him to take a road trip with her to Los Angeles, where a record label had shown interest in her music.

In the Randall and Beth Pearson household, things got shaky after Beth was fired from her job due to budget cuts. Randall then discovered that Sky was mugged and left with a broken arm near the old community center that the councilman promised Randall he would fix up. With the councilman clearly not taking action, Randall decided to run against him.

As Kevin’s movie’s popularity soared, he was faced with a lot of questions about his role and his own father’s time in the Vietnam War which made him realize he knew very little about Jack’s time in war. Kevin then decided to find out more by gathering any photos and letters Jack had and with the help of Zoe tracked down a man that served with Jack in hopes he would be willing to tell him something about their time in Vietnam.

This Is Us airs on NBC Tuesdays at 9 p.m. ET