Home » Trending News » This Is Us S2 Episode 15 Recap: ‘The Car’ Deals With The Aftermath Of Jack’s Death

This Is Us S2 Episode 15 Recap: ‘The Car’ Deals With The Aftermath Of Jack’s Death 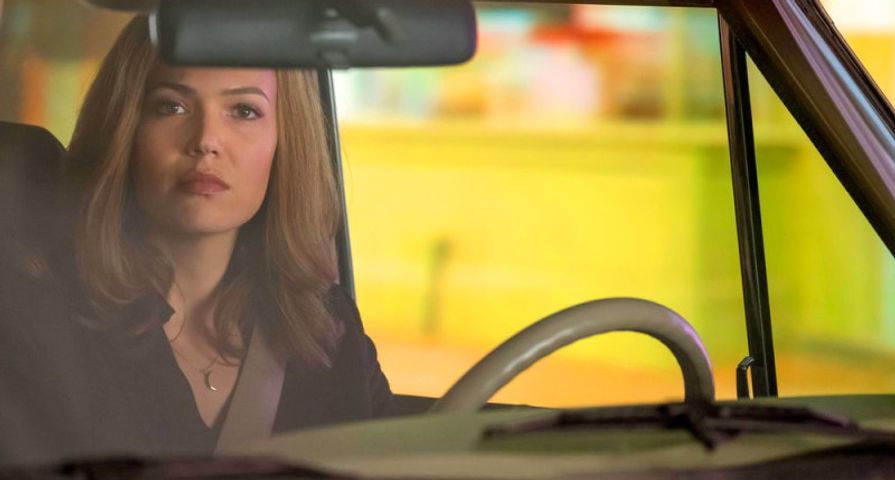 Usually, This Is Us fans get a week to deal with their thoughts and emotions before being hit by the next episode, but after Sunday’s special post Super Bowl episode, another new episode aired on Tuesday, February 6.

The episode “The Car” dealt with the aftermath of Jack’s shocking death from the previous episode as Rebecca, Kate, Kevin and Randall attended Jack’s funeral in an episode that was bookended with the story of the family’s car. In a way only This Is Us can do, the episode, which fans expected to be emotionally devastating, actually became hopeful and strong as the Pearson family remembered Jack and his uplifted spirit as it worked to prove that they were really going to be okay.

The beginning of the episode shows Rebecca sitting alone in the family’s car as she honks the horn and restlessly goes through her purse where she finds Bruce Springsteen tickets. The find prompts a flashback to when the Big Three were about 8 and Jack and Rebecca were in the market for a new vehicle and decided to take the kids to the dealership with them as Jack jokes this is visible proof for why they are strapped for cash. While the sturdy and roomy Wagoneer catches their eye, it is out of their price range so the salesman shows them new cars, but when Jack sees his kids get in the Wagoneer, he makes up his mind and makes a deal with the salesman to make the car theirs.

In a jump back to the day of Jack’s funeral, Kate, Kevin, and Randall get into the car with their mother who is insistent that she be at the funeral early because she wanted to be there when Jack’s ashes arrived. Much of the rest of the episode unfolded around flashbacks to do with the car, as Jack and Rebecca take the kids to their first concert, Weird Al Yankovic, and Rebecca freaked out when they get stuck in traffic on a bridge that makes her nervous.

In another flashback, Jack and Rebecca emerge from the hospital where Rebecca had just undergone an MRI because her sudden dizziness made her concerned she had a brain tumor or something equally as scary. Instead of going home to wait for their results, Jack decides to take Rebecca to his “favorite tree” where he promises her that he knows she is going to be just fine. When Jack gets a page from the hospital, they call right away to find out Jack was right, Rebecca is fine she is just having an inner-ear issue but nothing serious. When Rebecca then asks him why it is his favorite tree, he reveals he really hadn’t been there before, it was just “the closest one to a pay phone.” Although Jack spent all that time assuring Rebecca she was fine, when they got the good news, things turned more emotional when he said he knew he was going to die before her and only had one request: “Don’t put me in the ground.” He wants to be scattered outside.

Other flashbacks included Jack teaching Randall how to drive with Kevin in the back seat which started a major fight and distracted Randall, which almost caused an accident. As punishment, Jack asked the two to get out and walk home while he drove the car, and when they returned Jack opened up about his brother Nicky. He explained how he didn’t understand it because, at Kevin and Randall’s age, he and his brother were inseparable. “My brother and I, we had to look out for each other. No one was going to do it for us,” he added, saying that Kev and Randall need to fix the stuff that’s broken between them “because your mom and I aren’t going to be around forever”

Meanwhile, during the reception after Jack’s funeral, Randall and Kevin get into another fight when Kevin sees that Randall is wearing their dad’s watch that he had on when he died. Kevin explodes at Randall for trying to be the man of the house and then tells him “a real man wouldn’t have let dad go back into the house.” Randall retaliates that Kevin wasn’t even there at all, and Kate pleads with them to stop fighting in the middle of the reception.

While outside, getting away from Kevin and Randall’s fight, none other than the beloved Dr. K finds Rebecca and gives her an emotional yet inspiring pep talk about Jack and about herself, telling her she is much tougher than she gives herself credit for. After being comforted by Dr. K, Rebecca decided it was time to pick herself up and took the kids to “Jack’s tree” where they scattered some of their ashes and she gave them a talk reminiscent of one Jack would give where she told them they couldn’t blame themselves or feel like they needed to be “the man of the house.” She still wanted them to be kids and do things kids do, and she would do everything in her power to make their lives as good as possible without their father.

At the tree, the four Pearsons decide to honor their father by going to the Bruce Springsteen concert he was going to surprise them with, and as they drove off and Rebecca faced her fear of driving over the bridge that scared her, the moment was echoed by a speech from Jack to the car salesman about why his family needed that car. He told the man about everything it was going to go through, good and bad, and the memories that were going to be made, but mostly he knew it was his family’s car because he knew they were going to be okay in it.