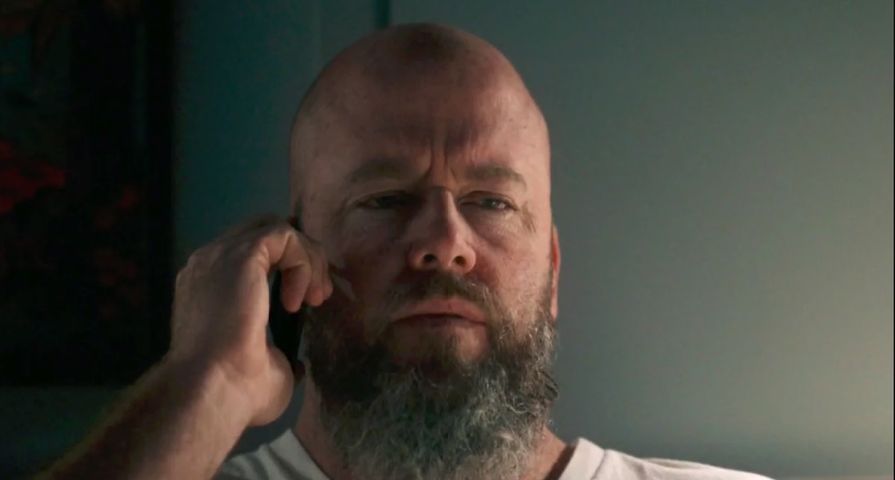 As This Is Us heads further into season three, there is still one thing on fans minds and that is what is happening in that flash forward scene?

At first all fans knew was that there is a woman that old Randall and an adult Tess are hesitant to go see. Season three added to the mystery by extending the scene to show Randall call none other than Toby to ask “You coming down?” “I don’t know if I should,” responded Toby, wearing an unkempt beard and a sullen demeanor. “She wants you to be there,” said Randall. Toby agreed to come along, but the other side of this bed was empty, and as many were quick to notice. he wasn’t wearing his wedding ring either.

As questions begin to mount, the show’s executive producers and creator opened up about how they place every scene and everything in it very intentionally. “Well, you could read that he’s no longer married,” executive producer Isaac Aptaker told Entertainment Weekly, before adding: “You could also read that it’s uncomfortable to sleep in a ring.” Fellow executive producer Elizabeth Berger added, “We know our fans, and that they watch really carefully, and we make our decisions really carefully, so people are noticing the right things to notice.” Meanwhile, creator Dan Fogelman said,“We don’t do anything unintentionally.”

Chris Sullivan who plays Toby also said that the scene was shot multiple different ways and Aptaker confirmed, “We just like to have a couple of different choices in the edit bay so we can decide how much we want to to reveal at one moment.”

“We break these stories very thoroughly and far in advance, so there are things happening that fall back upon themselves or are little pieces attached to something else that you may not even realize,” Fogelman said. “Nothing is done haphazardly,” he continued. “People may not love every single decision that is made but the decisions are made carefully. I don’t think people read into things too much — I think they’re reading into things the proper amount.”

While it has been confirmed that the big flash-forward mystery will be solved this season, Chrissy Metz warned viewers to brace for a surprising, not-so-happy revelation. “It’s not going to be what you expect,” she said, “but it will be difficult to digest, for sure.”