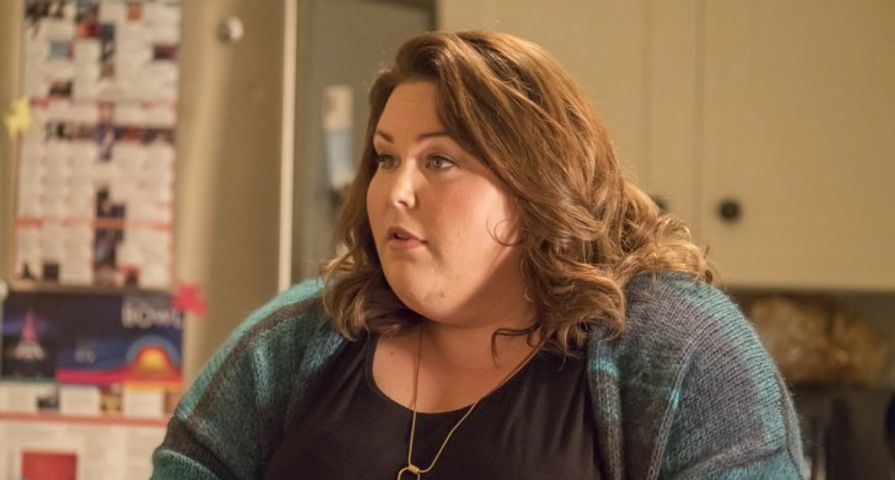 The two most recent episodes of This Is Us concentrated on topics like race, class, identity, and parenthood. However, what the show did not focus on was the unsettling mystery that appeared near the end of the episode that aired on October 22.

After Kate (Chrissy Metz) finds a set of old Polaroids – taken at a family dinner a year after the death of Jack (Milo Ventimiglia) – in the piano bench, she becomes hung up on a photo of herself with her then-boyfriend and record store owner, Marc (Austin Abrams). Kate handed the picture to her mother, Rebecca (Mandy Moore), who also felt unsettled. “I wanted to believe so badly that you kids were happy, I didn’t see what was happening,” Rebecca said to her daughter. Kate replied, “I didn’t see it either.”

The series hasn’t answered yet what happened to a teenage-aged Kate (Hannah Zeile) in the past? Did Marc harm Kate?

After the episode ended, fans began to hypothesize and shared their own theories that Kate was either stalked or assaulted by Marc.

This Is Us executive producer Isaac Aptaker told Entertainment Weekly that “fans should have a healthy amount of concern… there’s something ominous looming there.”

When asked about Marc’s questionable choice to show up unexpectedly at Kate’s house to “save” her, executive producer Elizabeth Berger alluded: “That will definitely prove to be symbolic of Marc’s larger personality. He’s obviously somebody that goes for what he wants and feels entitled to show up to a place even when he’s not invited.”

The two executive producers opened up more since the October 22 episode and shared more information about Marc and how dangerous of a person he really is.

“Kate is now 39 years old and a highly functioning woman, so she got out of the relationship somewhat unscathed in the long run,” Berger revealed. “But I think it was definitely a formative relationship and it was a relationship that left serious emotional wounds.”

“We’re actually writing the climax of that story right now and it’s definitely an intense episode. There are some really intense scenes. Yeah, it’s a lot,” added Aptaker.

“It definitely goes to an unhealthy place that’s going to make a real impact on Kate and stay with her over the years,” Aptaker said about how toxic the relationship with Marc is going to be. “I don’t want to say much more than that because I want people to experience it.”

So far, viewers have seen him as a charming and sensitive man but also assumed that something was a bit off with him. “Someone who just shows up like that is a little bit controlling and impulsive — and there’s a charm and a darkness that he’s doing simultaneously,” said Aptaker about Marc. “He came in on day 1 and just nailed the characterization of this guy. So once people see the whole thing, when they look back it will all feel very… of a piece.”

Marc will return to the show this upcoming Tuesday and will appear in several episodes.

“This is a real arc for teen Kate,” said Aptaker. “It’s not a quick in and out.”

And as for all of those fan theories so far about Marc, Aptaker joked, “Oh, man, I was hoping for something more outlandish, like he’s Jack’s illegitimate son.”