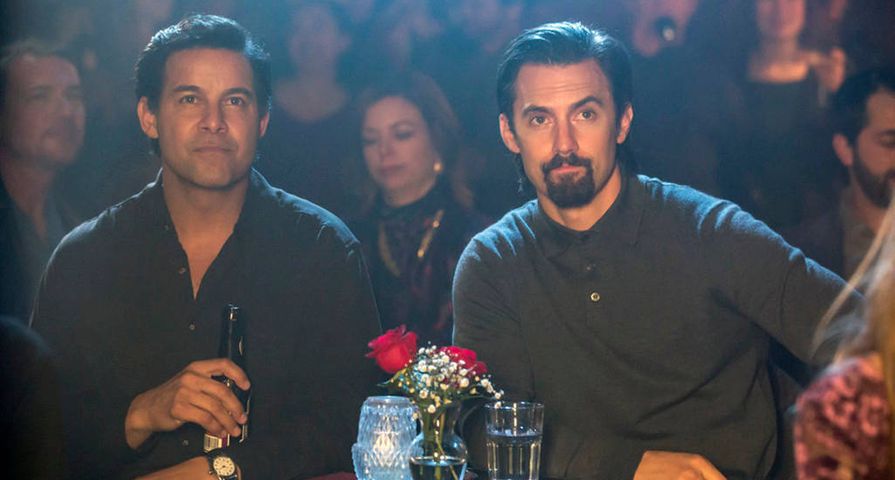 With the second half of season two of This Is Us well underway, the Tuesday, January 16 episode brought fans closer to ever Jack’s death and also brought them closer ever to Miguel.

When fans learned that Jack’s best friend is now married to Rebecca in the present, a lot of red flags went up, but the episode entitled “Clooney” explored some of the biggest questions we had about their relationship thanks to Kevin’s own wariness over their marriage. Miguel told Kevin he was there to protect Rebecca and that he loves her and “isn’t going anywhere,” meanwhile Kevin finally asked Miguel if he was in love with Rebecca while Jack was still alive. In response, Miguel gave the sweetest and most heartbreaking answer as he explained to Kevin how that would have been “impossible.”

Now, actor Jon Huertas is well aware fans still are not fully on board with his character but promised the show will “get people to love him.” “I’m really excited. I think that hopefully the way that they’ve set up the trajectory of Miguel’s character, very slowly peeling back the layers of this onion. From a conversation with Dan [Fogelman], the writers have a goal ,and they have this little mantra in the writers’ room, and it’s basically: get people to love Miguel,” he told PEOPLE.

Huertas added that he is fully on board with the way the writers approach the show and how the audience learns things, even if it means his character is hated for a little bit. “I love that. Our show is really good at engaging the audience in that way. Instead of telling the audience exactly what is happening or what they want to hear, the writers take the audience along for the ride and let them participate. I feel like when they’re watching the show, that’s what keeps them coming back to show.”

Of course, by the end of the episode all our focus was no longer on Miguel as another major hint to Jack’s death was given: a non-working fire alarm. After a busy family trip to the mall in which the Pearsons needed batteries for their fire alarm, that is the one thing they forgot. The haunting image of Jack and Rebecca cuddling on the couch while pondering over what they could have forgotten at the mall while the camera closes in on the batteries hanging out of the fire alarm will be sticking with fans for quite some time.