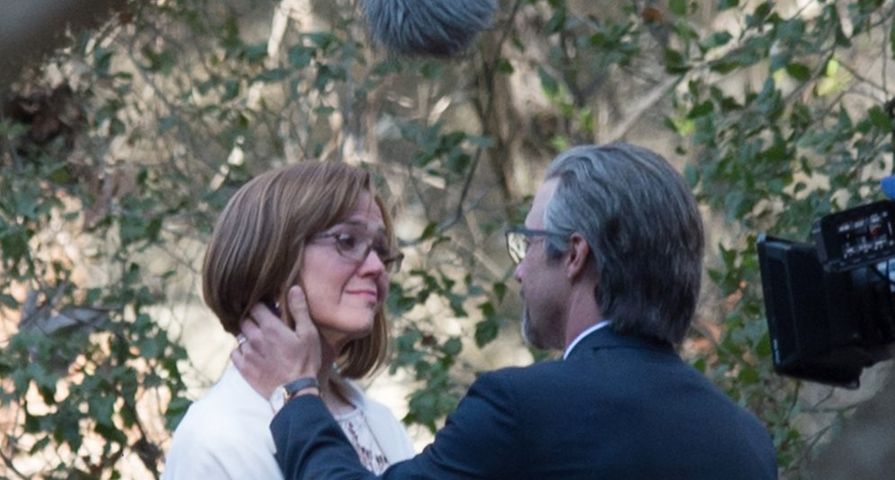 In the week since the penultimate episode of This Is Us‘ second season, fans have been on edge to discover why the preview for the season two finale showed Jack Pearson as an old man.

Season two covered Jack’s death, which was very much real, so now This Is Us superfans have derived many theories to explain why we are going to see Jack in his 70s and interacting with Rebecca in the finale, which also features Kate’s wedding, and the most prominent theories have many worried about the fate of Rebecca.

Some of the fan theories circulating about there being an old Jack in the episode is that Rebecca is dreaming, or Kate is dreaming, or it is simply a moment of wishful thinking, but another asks: what if Rebecca is dead or dying and is reunited with Jack?

Fans pointed to a previous episode where Rebecca was concerned she had cancer as something that might resurface, while that same episode had Jack telling Kevin and Randall that one day both he and Rebecca won’t be around anymore. Then of course, because of the emotional nature of This Is Us, everyone is simply convinced someone is going to die or the episode is going to leave fans on some major cliffhanger and it wouldn’t be surprising if it centered around Rebecca.

Meanwhile, Milo Ventimiglia opened up about old Jack making an appearance, stating, “It’s a side of Jack that we haven’t seen. It’s something I think a lot of the audience would have loved to see is this man in his 70s and we’re hoping that it maybe softens the blow a little bit of the fact that he’s not around anymore.” But, then he pointedly added, “But I think it’s probably going to do the opposite and people are going to be a little upset, but what a fun opportunity.”

As mentioned, if Rebecca’s fate isn’t in question, another fan theory has Beth Pearson pegged as the next This Is Us character to die, but of course all we can do is tune in to find out!