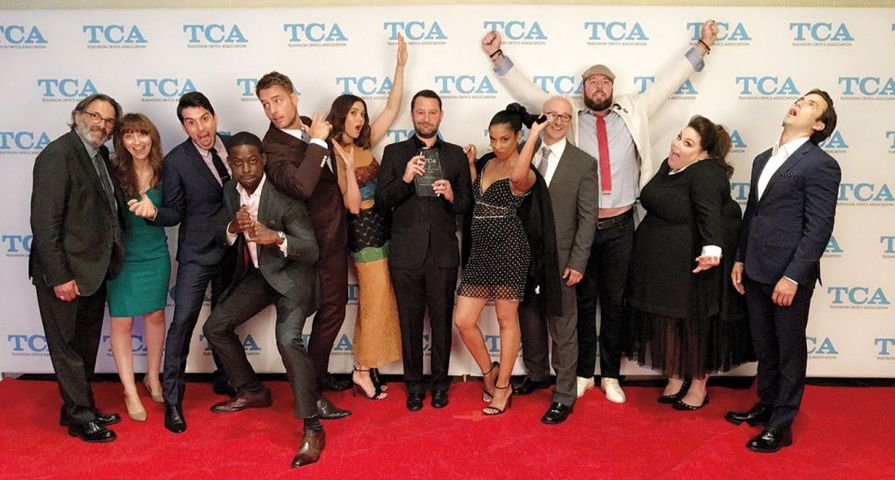 On Tuesday, March 13 the second season of This Is Us came to an end with the episode “The Wedding.” As always, there was a lot packed into only an hour and the ending in particular left some fans particularly stunned as we looked ahead to what is in store for the Pearsons. As always fans have already come up with their own theories about what those flash forward clips meant and what is going to happen in season three, and luckily This Is Us creator Dan Fogelman has answered some questions and relieved some fears for fans. Warning spoilers ahead for those who have not seen the season two finale!

At the SXSW festival in Austin, Texas, Fogelman opened up about that future scene with Tess and Randall and while he didn’t reveal who they were talking about, he did say, “We don’t know who or what they’re referring to. It’s safe to say they’re talking about someone extremely close to them, but I don’t think [the audience] is meant to think any particular person is dead or alive or ill.” While Fogelman can’t say where Beth is during that future timeline just yet, he does say that Susan Kelechi Watson (Beth) isn’t going anywhere and “we don’t have any other deaths coming in a present day storyline anytime soon.”

For those who are worried that they won’t know for awhile who Tess and Randall are talking about, Fogelman said, “if you watch old family videos 10 to 15 years apart from each other, you’re always going to be surprised when you pop in the tape, and see who’s still there, who’s not there, who might have passed away, who split up, what happened. So there’s a lot of possibilities of what Randall and Tess are talking about. I think by the end of next season, you’ll have a general consensus where it’s going.”

Although Fogelman did give some hints about season three, he added that is their “most ambitious yet,” and warned, “if people think they know where the show is going, they really don’t know yet.”

Look ahead to season three with these 13 questions we need answered and things we need to see!