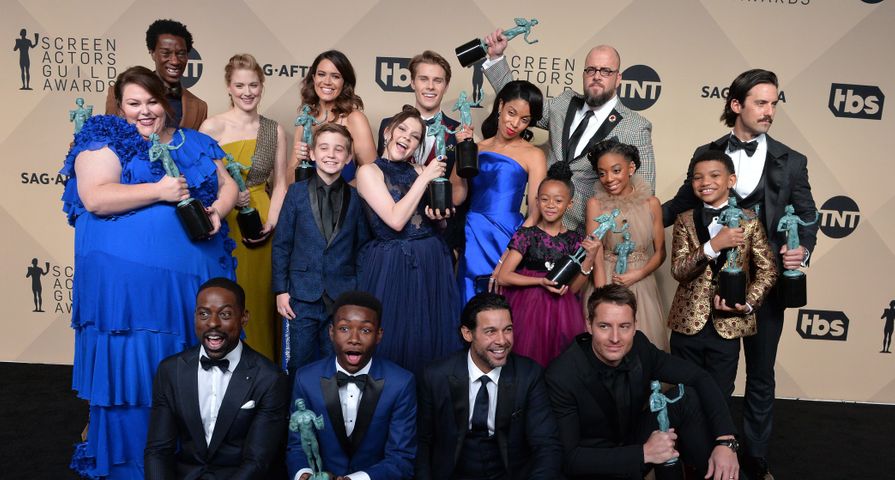 The 24th annual Screen Actors Guild Awards promised to be a big night for the stars and crew of This Is Us, but even they weren’t prepared for taking home one of the night’s biggest honors.

The entire This Is Us cast stormed the stage at the awards show on Sunday night after being named the winners for outstanding performance by an ensemble in a drama series. Milo Ventimiglia took the time to thank not only his castmates but the crew and of course the series’ creator Dan Fogelman. “We are just a small collection of a lot of very talented and very hardworking people who work on this show,” said Ventimiglia, who plays patriarch Jack Pearson on the massively popular series. “Without Dan and our talented writers, we would not have words to say.”

“The people who watch with us every Tuesday night and embrace this show that reflects positivity and hope and inclusion, we love you,” added the 40-year-old actor. “Thank you very much.”

Along with the ensemble win, Sterling K. Brown also took home the SAG Award for outstanding performance by a male actor in a drama series after previously winning for best lead actor in a drama series at the Golden Globes. The talented cast beat out other big shows and outstanding casts including The Crown, Game of Thrones, The Handmaid’s Tale, and Stranger Things with Stranger Things being last year’s winner.