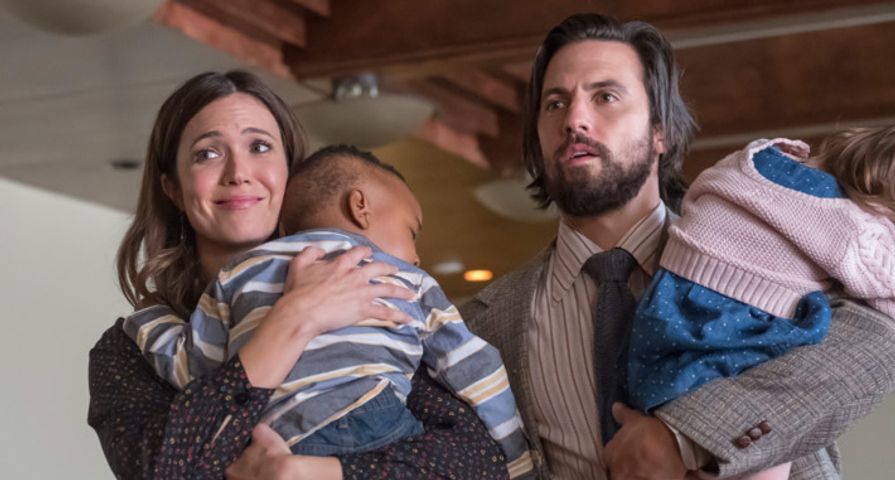 For those who watched the Tuesday, November 7 episode of NBC’s hit series This Is Us, many were shocked when one particular word was used without censorship.

In the episode “The Most Disappointed Man,” Jack and Rebecca Pearson were fighting to legally adopt their son, Randall, and as fans have become accustomed to, the series had no problem tackling the tough issues including race. The Pearsons came up against an African-American judge, played by the spectacular Delroy Lindo, who didn’t believe that white parents with two white children should be raising a black child, and in his speech to the Pearsons used the n-word much to the surprise of viewers.

“I don’t believe that child belongs in your home. That child belongs with a black family Mr. and Mrs. Pearson,” Judge Bradley said. “How else will he see himself? Understand who he is?” He later added, “I never understood what my blackness meant until a white man called me a n—–.”

The line caused viewers to take to social media to share their reactions including one fan who wrote, “The N word was just used on the NBC channel, without any censorship. Woah #ThisIsUs” and another wrote, “#ThisIsUs just dropped the N word and I’m all for it.”

Some of the cast also live-tweeted the episode with Mandy Moore writing, “This is not what Jack and Rebecca were hoping/expecting to hear from Judge Bradley #ThisIsUs,” and Sterling K. Brown posted, “See all the family photos that line Judge Bradley’s wall (families that he’s finalized?) Notice how none are mixed race? #ThisIsUs.”

While some commented on the use of the N-word, others simply took to their Twitter to explain their outrage at Bradley’s response to the Pearsons in general with one fan writing, “That child belongs with a black family.” REALLY!!! That child belongs with a family who will love him regardless of his skin color. #TakeASeatInTheCornerJudge #ThisIsUs.” Meanwhile others defended his words, “This Judge is giving Jack and Rebecca a reality check about adopting Randall. This is a necessary lecture. @NBCThisisUs#ThisIsUs.”