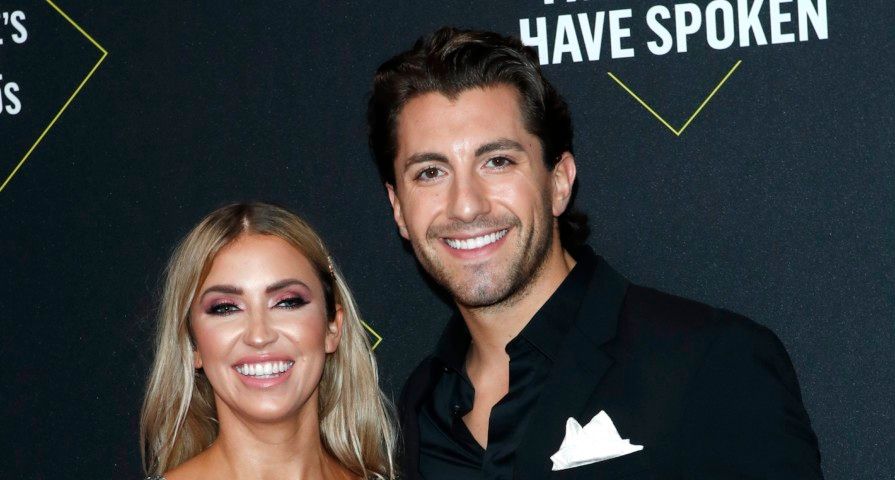 Kaitlyn Bristowe is officially joining the cast of Dancing With The Stars for season 29!

The news of Kaitlyn’s casting was shared on Monday night’s episode of The Bachelor: The Greatest Seasons — Ever! which showcased the most memorable moments from Bristowe’s time on the franchise in season 11.

Near the end of the episode, Bachelor host Chris Harrison surprised Bristowe with the news that she would finally get a chance to compete on Dancing With The Stars, which is something she’s always dreamed of doing.

“By the way, I know you mentioned meeting your future wife … you know I’m an ordained minister,” Harrison said.

“Oh my gosh. Don’t even do this. My stomach just sank because I was like wait is this happening right now?” Bristowe said, thinking Jason was proposing. She even felt for a ring in his pocket, which ended up just being his AirPods, which made the moment even more believable.

“I love that we just zinged her and didn’t even try to,” Harrison joked, before actually revealing the news about Dancing With The Stars.

“In all seriousness, I do have a real question for you Kaitlyn. This is a question I’m so excited to ask you because, well, your life is about to change,” Harrison began.

“What?!” Bristowe said while looking at Tartick to ask: “Do you know about this?”

“Kaitlyn, will you be on the next season of Dancing with the Stars?” Harrison asked.

“Is that a yes?” Harrison asked.

Of course, being on Dancing With the Stars has been a goal for Bristowe for quite some time after she revealed she was hurt that Hannah Brown got to compete because she said Bachelor creator Mike Fleiss blocked her from appearing on Dancing With the Stars. “They won’t let me [go on the show], ever,” Bristowe claimed. “I’ll tell you exactly why I can’t go on Dancing with the Stars. Anybody that listens to this podcast knows why I cannot go on Dancing with the Stars. And it’s because, and I will say this with a mic in my hand and a smile on face, that Mike Fleiss is a piece of s—. He is the creator of The Bachelor, and he hates women.”

So far, Bristowe is the only confirmed star for season 29 set to air this fall.