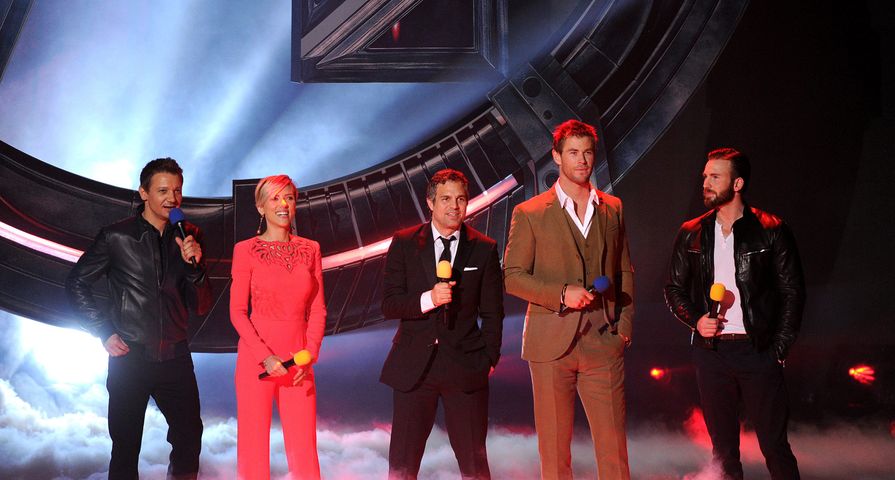 In less than a month the second Avengers film, Age of Ultron will finally be hitting the big screen and as anticipation builds even further for the sequel in the massively successful franchise, the star-studded cast is on the publicity tour, as a team of course.

The first team “The Americas” was led by of course Captain America, Chris Evans along with teammates Renner and Ruffalo while “The Mans” were led by Iron Man, RDJ, with his teammates Hemsworth and Johansson.

The two groups played a condensed version of the game hosted by Kimmel, squaring off in themed categories of “Something You Do in a Movie Theater Besides Watching a Movie,” Besides Superhero, Name a Profession That Requires You To Wear Tights,” and “The Worst Place to Turn Into The Hulk.”

Of course the results were hilarious and surprisingly enough Ruffalo did not have a right answer for the Hulk category much to the dismay of Kimmel.

Naturally, with all of these jokesters in one room, name-tags got mixed up and “feuds” were had.

The Avengers: Age of Ultron hits theatres on May 1.

Watch The Avengers Family Feud Below!