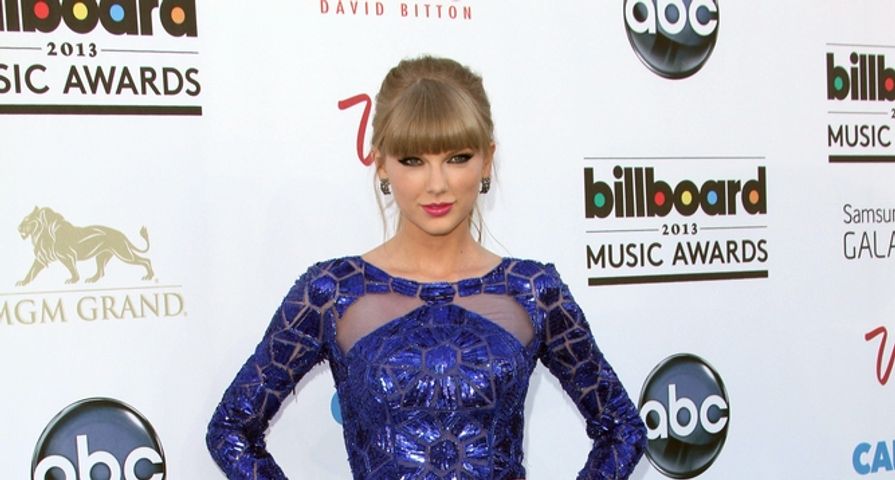 Taylor Swift probably doesn’t need to pull any huge stunts in order to publicize her new album, 1989, which hits shelves on Monday, especially since a track credited to the star hit number one on Canadian itunes even though it was really only eight seconds of white noise.

Regardless, she kicked off a huge promotional blitz for her new album by bringing Hollywood Boulevard to a full stop as she performed a free outdoor concert.

The concert was part of her spot on Jimmy Kimmel Live on Thursday October, 23, and attracted 15,000 fans who swarmed the street to hear Swift perform new tracks, “Shake It Off” and “Out of the Woods”.

During her interview with Kimmel before her outdoor gig, Swift discussed the fact she is nervous for this album because although she is very confident about it, she has been working on it for two years, saying, “It’s just been mine for two years and now it’s everybody else’s. You know, sending it off to college.”

She also talked about the fact Hollywood Boulevard was shut down in order for her to perform, “I honestly, in my life, never thought that I would see Hollywood Boulevard filled with people as far as I can see, just to see us play a few songs,” the 24 year old singer said.

Well it turns out, ten years ago Jimmy Kimmel’s people never would have believed it either as he told about Taylor Swift’s first trip to his studio at just 14 years old.

“Taylor came to our show with her mom and her guitar, and somehow she got a hold of the guy who books the bands here, Scott Igoe, and she asked if she could play a song for him. And he said, ‘No you can’t be in the greenroom, we serve alcohol here. You’re too young. You have to go.’ So he threw her out. He threw Taylor Swift out of our building!” Kimmel reminisced.

Swift’s album, 1989, is her first full pop album after being previously credited as a country music star, although she has been putting out much more pop-based songs in previous albums such as Red.