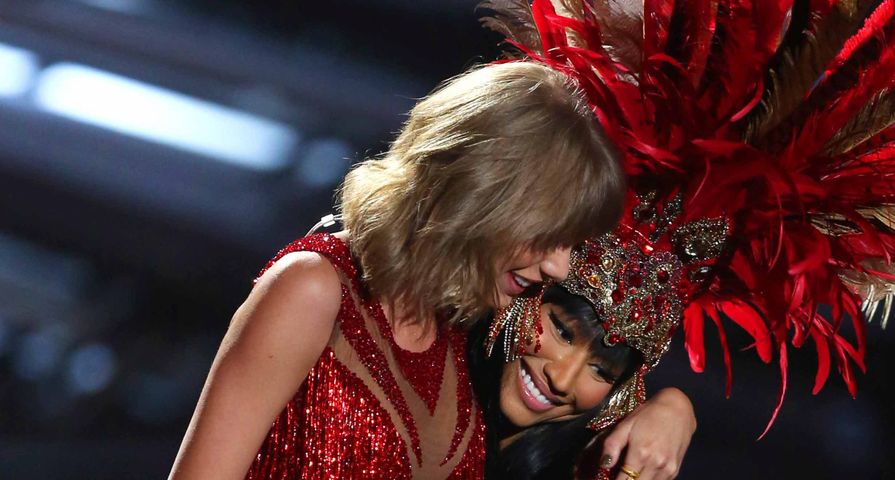 Musical powerhouses Taylor Swift and Nicki Minaj have moved on from their MTV Video Music Awards drama, which all stemmed from a Twitter misunderstanding.

While there were public apologies and even a performance together at the show, the two can’t escape more questions about the perceived feud, proven by Swift’s recent interview with NME magazine. The publication asked her about what happened to which Swift explained, “I don’t want to talk about. But I send text messages now. If there seems to be some kind of misunderstanding, I go to someone’s management, I get their number and I text them.”

She emphasized how important it is to not air your spur of the moment feelings on social media, a lesson that is important for everyone, not just celebrities. “It’s an important lesson for anyone to learn in 2015,” she stated.

Although she made it clear she doesn’t want to drag up past issues that have long been solved concerning “feuds” with other celebrities, she was once again asked about the now infamous “Imma let you finish” interaction with Kanye West at the 2009 VMAs.

“Me and Kanye are on such good terms now. It took a while… But I had to tell Beck this story earlier. I was at dinner with Kanye a week after the Grammys, he stopped what he’s saying and goes, ‘What is this song? I need to listen to this every day.’ I said, ‘It’s Beck, it’s on an album called Morning Phase, I think you’ve heard of it…'” Swift was of course referencing the fact West made headlines yet again when he slammed Beck for winning Album of the Year at the Grammys.