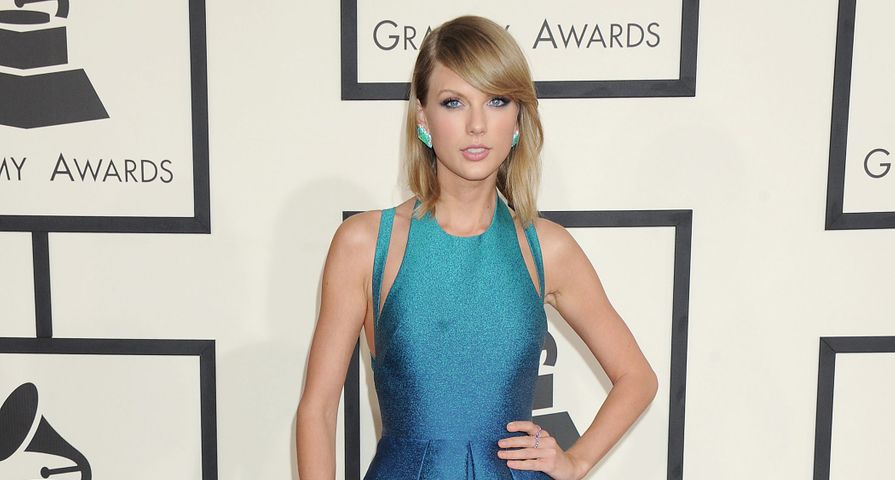 When Taylor Swift announced she would be releasing her latest music video for the hit “Style” on Friday February 13, she wasted no time in doing so, debuting the video in the early morning on Good Morning America.

The 25-year old pop star had been teasing fans all week prior to the big reveal by posting short clips on social media and while the anticipation tactic worked, it seemed some got a little ahead of themselves as Canada’s MuchMusic station ended up posting the video on its website at midnight, way before Swift did the big debut on the ABC morning show.

The single is already one of the fan favorites off of her record breaking 1989 album and she confirmed the title is in fact an allusion to her ex Harry Styles from One Direction.

The artsy video has a lot going on in it but one particular moment she holds a paper airplane necklace that once again has to do with Styles and is referenced in her other hit, “Out of the Woods.”

Back in October Swift admitted that “Style” was one of her own personal favorites, telling Ryan Seacrest, “I hope it ends up being a single. I hope people love it.”

“I love how the song sounds the way that that feeling felt,” she continued. “I love it when the sounds of the song matches up with the feeling that inspired it. In this song, it just reminds me of driving in the middle of the night. I don’t know. I loved comparing these timeless visuals with a feeling that never goes out of style.”

Of course it wouldn’t be a Taylor Swift music video without some of the visuals including a shirtless hunk that fans come to expect and this time around Swift added Dominic Sherwood to her roster of onscreen love interests.

Also Check Out: 7 Celebs You Didn’t Know Got Their Start In A Music Video