Taylor Swift And Tom Hiddleston Get Cozy On The Beach 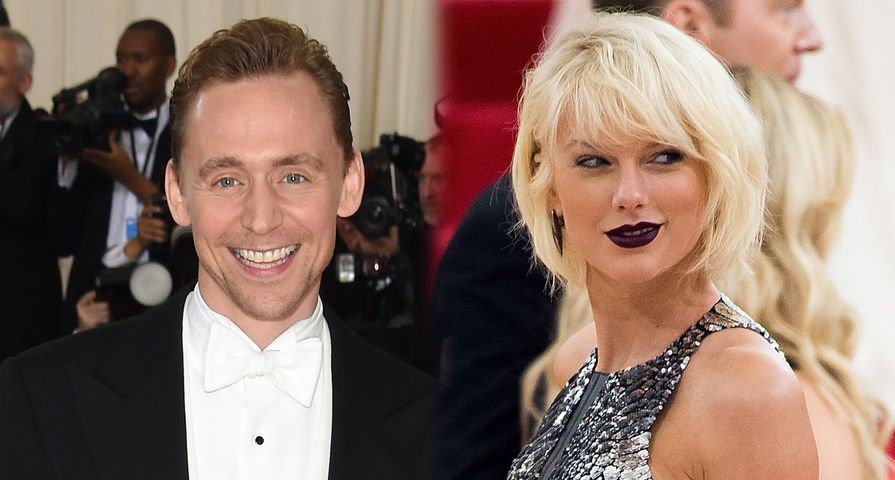 On Tuesday pop singer Taylor Swift was caught kissing British actor Tom Hiddleston on the shores of Rhode Island. In a world exclusive report from The Sun – and in what has to be one of the funniest headlines we’ve read – the 35-year-old actor was photographed with his arms around the 26-year-old singer as they sat by the Atlantic Ocean.

“They were all over each other – hugging and kissing – even though there were 20 people coming and going on the beach,” said one eyewitness. “They looked like any young couple madly in love without a care in the world.”

Speculation about the two lovebirds began after they were seen flirting at the 2016 Met Gala in May. They stayed close to each other for the majority of the night, and had a dance off to T.I.’s 2004 song “Bring Em Out.”

The pictures follow Swift’s recent split with DJ Calvin Harris 2 weeks ago. The couple broke up after a 15-month relationship. Reports claim that Harris was the one to break off the relationship with Swift. Was this budding romance the reason things went sour?

After the photos came out yesterday, Swift’s ex Harris tweeted “Oh boy it’s about to go down.” The post was later deleted. Fans also noticed that the DJ removed all mentions of Swift from his Instagram page and unfollowed Swift on social media.