‘Survivor: Island of the Idols’ Crowns Its Champion 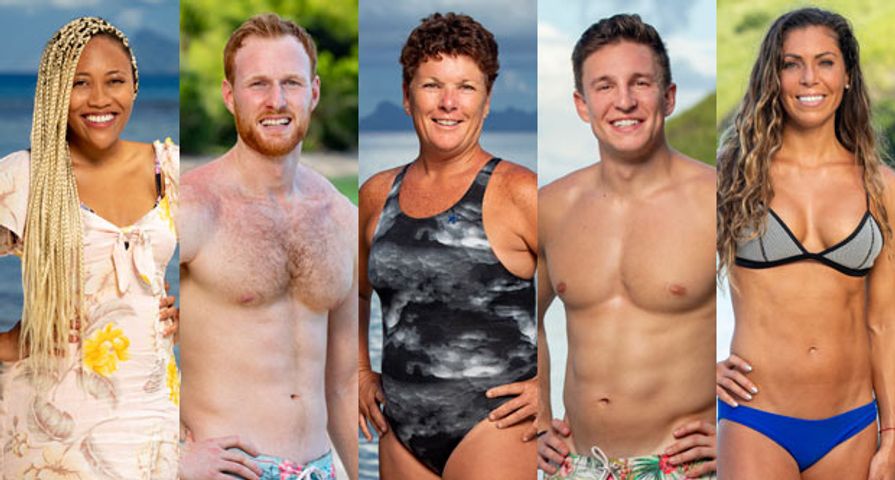 The winner of the 39th season of Survivor, Island of the Idols, was announced on Wednesday night’s season finale – Tommy Sheehan!

Last night’s finale followed an intense, dramatic two-hour episode that began with five castaways in the running to be named the Sole Survivor.

After Dan Spilo’s removal from the show in last week’s episode, Sheehan, Dean Kowalski, Janet Carbin, Lauren Black and Noura Salman battled it out to secure a spot in the finals. But before that, the cast visited the Island of Idols – where Sheehan was first introduced to what Survivor icons “Boston Rob” Mariano and Sandra-Diaz-Twine have been recently up to. “Any of the five that are still standing could easily win this game,” Sandra said.

Rob added, “They should know there’s no way we’re going to leave them without one last test.”

It didn’t take too long for Tommy to figure out what the two Survivor legends meant and used his brand new buff for clues as to an advantage. However, it was Deab who received immunity, and Janet was voted out. In the next challenge, Noura won immunity, which brought Tommy to the final three, and forced Lauren and Dean to fight for their spot in the fire-making challenge. Dean came out of the challenge a winner, but when it came time for everyone but Janet to plead their cases to stay on the island, it was Tommy who earned the vote he needed to win.

At the pre-taped reunion, it was revealed that Tommy earned eight of the votes, Dean earned two, and Noura received zero. With Tommy winning, superstar singer Sia was able to hand out money to some of the other beloved players of the season and ended up giving Elaine $100,000, Janet $100,000 and $15,000 to Jamal.

This season of Survivor‘s conclusion felt odd than seasons prior, following the show’s first-ever player removal. Dan Spilo was removed from the show last week, following allegations of inappropriate touching. He issued a public apology on Tuesday to fellow contestant Kellee Kim for his behavior. His removal from the show occurred after a later alleged incident with a female production member.

Kim reacted to his apology on Twitter. “It’s curious that Dan has decided to publicly apologize to me — and just me — on the eve of the #Survivor39 finale for a series of inappropriate incidents that occurred months ago and impacted a number of women on set,” she wrote.

Kim added: “I truly hope that some of this self reflection is real and that Dan changes his behavior going forward. For me, this statement only underscores the responsibility of CBS and Survivor to take action to prevent anything like this from ever happening again in the future. #Survivor.”

CBS also issued a statement on Tuesday about the incident, saying: “Season 39 of Survivor has been unprecedented for all of us, with important social issues and inappropriate individual behavior intersecting with game play in complex ways that we’ve never seen before. During the course of the production, we listened to the players intently, investigated responsibly and responded accordingly, including taking the unprecedented step of removing a player from the game. At the same time, we are responsible for the final outcome of this season. We recognize there are things we could have done differently, and we are determined to do better going forward.”

Survivor‘s 40th season will air on Wednesday, February 12 on CBS.