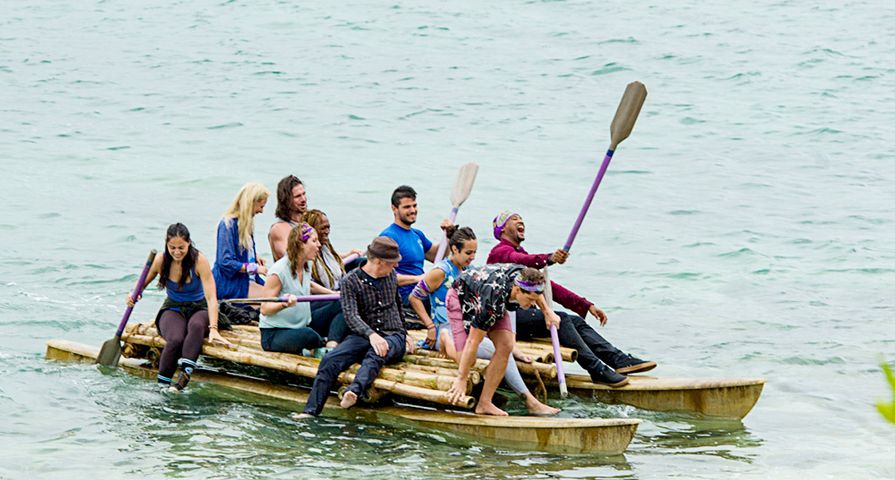 Survivor may now be on its 37th season but it certainly isn’t losing any steam!

On Wednesday, September 26, Survivor: David vs. Goliath kicked off with one intense premiere as it began with the contestants being split into two tribes: David and Goliath. Host Jeff Probst explained that the 10 players on the David tribe have spent their lives being the “underdogs” and “battling adversity,” meanwhile those on the Goliath tribe “spent their lives capitalizing on their assets and are always considered the favorite.”

Although it is assumed John and Alison have the advantage, it is Christian and Lyrsa who get to choose which out of two different courses they get to take, and pick the right one. They easily defeated the Goliath pair and earned the first reward of the season for the David tribe.

As romances and alliances began to form on each side, the hidden immunity idols came into play and meanwhile, the weather is not enjoyable for the first few days, as it’s constantly cold and raining. Even at the immunity/reward challenge, the rain is pouring down. The challenge requires the teams to make their way through a series of obstacles before putting together a giant number puzzle. The Goliath’s pull out the win, which means the David’s are heading to tribal council.

If things weren’t tense enough, an off-camera medical emergency caused quite the scare. After the immunity challenge, the contestants had to travel by boat back to camp but the rough water caused Pat to fall on his back in the boat and those around him said they heard a terrible crack. Pat was barely able to move or breathe and after being attended to by the medical team it was determined he had to be pulled from the game.