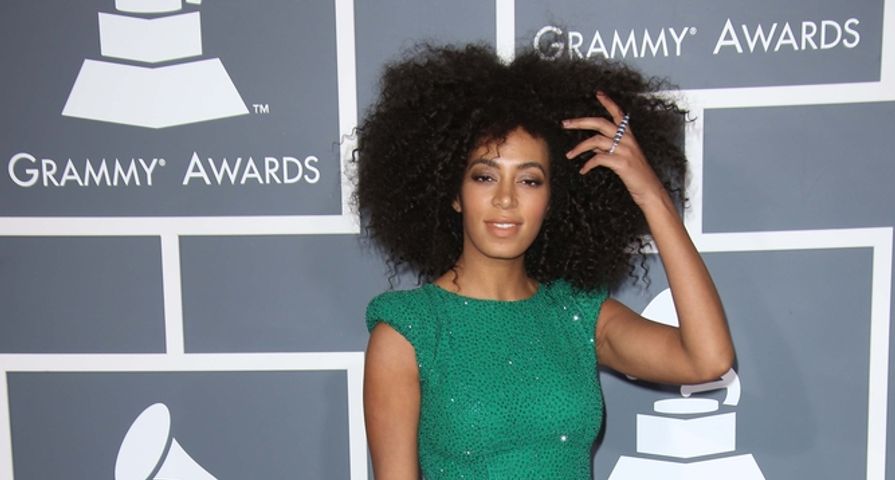 Surrounded by around 100 guests the pair tied the knot at the Holy Trinity Church with Solange’s sister Beyonce as her maid of honor and Jay-Z and Blue Ivy in attendance as well, with everyone wearing white, guests included.

The wedding weekend began on Friday as Solange, Ferguson, Beyonce and more took in a film at the Indywood Cinema theater and before the “I do’s” Solange and Ferguson were seen biking the streets, decked out in white, as they were congratulated by several people.

On her wedding day the bride wore a elegant Humberto Leon for Kenzo white floor-length gown with an attached white cape.

Along with Beyonce and mom Tina Knowles, Solange had her 10-year old son, Julez, from her first marriage to Daniel Smith by her side for the big day.

Solange and Smith were married in February 2004 at only 17 and 19 years old. They welcomed their son later that year in October but ended up divorcing in 2007.

Solange sparked engagement rumors with now husband, Ferguson, who is a music video director, during a birthday trip to the Bahamas but never confirmed the rumors.

The pair moved to New Orleans from Brooklyn a few months ago and are in love with the city.

Also Check Out: Did You Know They Were Teen Moms? 9 Forgotten Celeb Pregnancies