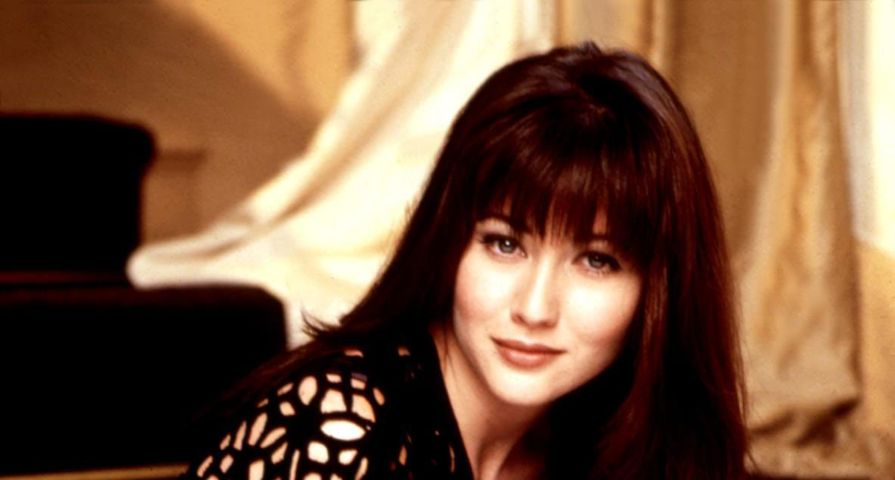 Two months after the Beverly Hills, 90210 revival miniseries was announced at Fox with many of the original cast, it has been confirmed that Shannen Doherty will now be taking part.

Back in late February, Fox confirmed that it was reviving the teen drama in a unique way, and added that original stars Jason Priestley, Jennie Garth, Ian Ziering, Gabrielle Carteris, Brian Austin Green, and Tori Spelling had all agreed to take part. That left only Luke Perry and Shannen Doherty as the only two not tied to the project, and after Perry’s tragic passing only days later, Doherty revealed the two had been talking about the possibility of joining and now Doherty has made her decision.

Following the news, Doherty took to her Instagram to share a throwback picture of the stars from the early ’90s and wrote, “Yes it’s official. The real question is…. will we still be rocking those outfits. #bh90210.”

When Fox announced the revival of Beverly Hills, 90210 they revealed that the series wouldn’t be quite like other revivals as the cast would be playing heightened versions of themselves rather than their beloved characters.

The official description for the series reads: “The core cast will all play heightened versions of themselves in a brand-new serialized drama — with a healthy dose of irreverence – that is inspired by their real lives and relationships. Having gone their separate ways since the original series ended 19 years ago, Jason, Jennie, Ian, Gabrielle, Brian and Tori reunite when one of them suggests it’s time to get a Beverly Hills, 90210 reboot up and running. But getting it going may make for an even more delicious soap than the reboot itself. What will happen when first loves, old romances, friends and frenemies come back together, as this iconic cast — whom the whole world watched grow up together — attempts to continue from where they left off?”

“Beverly Hills, 90210 left an indelible impact on pop culture and an entire generation,” said Michael Thorn, President, Entertainment, Fox. “Its powerful legacy is an important part of our network’s DNA — bold stories not told anywhere else and bigger-than-life-characters — and we’re honored to bring back the beloved original cast members for 90210.”