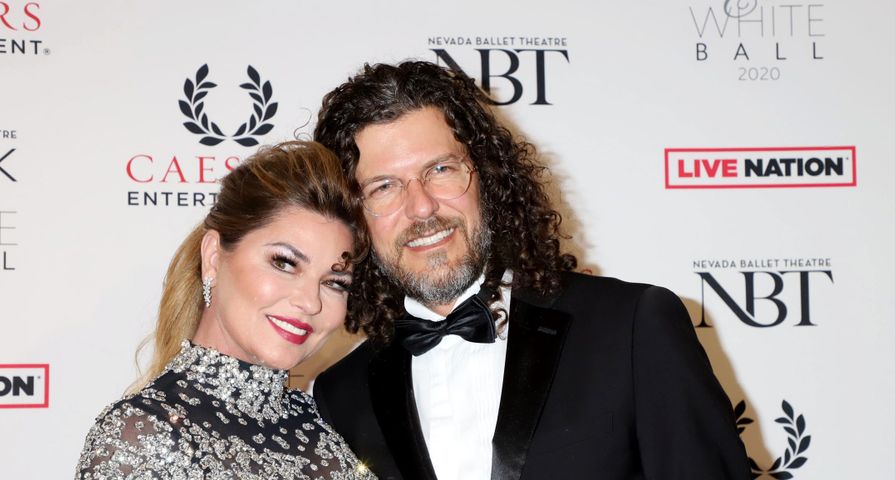 Country star Shania Twain recently reflected on the scandalous circumstances which led her to fall in love with and marrying her current husband.

In 2008, Twain and her first husband and record producer Robert “Mutt” Lange, with whom she shares a son, separated after 14 years of marriage. The country singer said that his friend Frédéric Thiébaud, the husband of Twain’s assistant and close friend Marie-Anne Thiebaud, told her Mutt and his wife were having an affair. Twain then leaned on her now-husband for support amid the split and the two married in 2001. The star has opened up about her love life in multiple interviews and in her 2011 memoir, From This Moment On.

In a cover interview for AARP the Magazine for its February/March 2020 issue, she told the publication that her and Frédéric’s love story is “twisted, but so beautifully twisted.”

Twain also shared with the outlet about her dysphonia diagnosis, a neurological disorder of the larynx, made in 2003. The singer consulted with many doctors over multiple years and that finally on physician figured out its root cause – which was Lyme disease. She revealed her Lyme disease diagnosis to the public in 2017. In order for her to overcome her singing struggles, a doctor surgically placed several Gore-Tex stabilizers in her throat to make it easier for her vocal muscles to work.

Despite her dysphonia being a “constant battle,” she continues to write music.

“Sometimes I get overwhelmed coping with things, but experience also teaches you how to manage,” Twain told AARP the Magazine. “When you get older, you have so much experience at falling and getting up. You’re not going to stop falling. But you will get better at getting up and brushing yourself off. I believe that. I’ve lived it.”