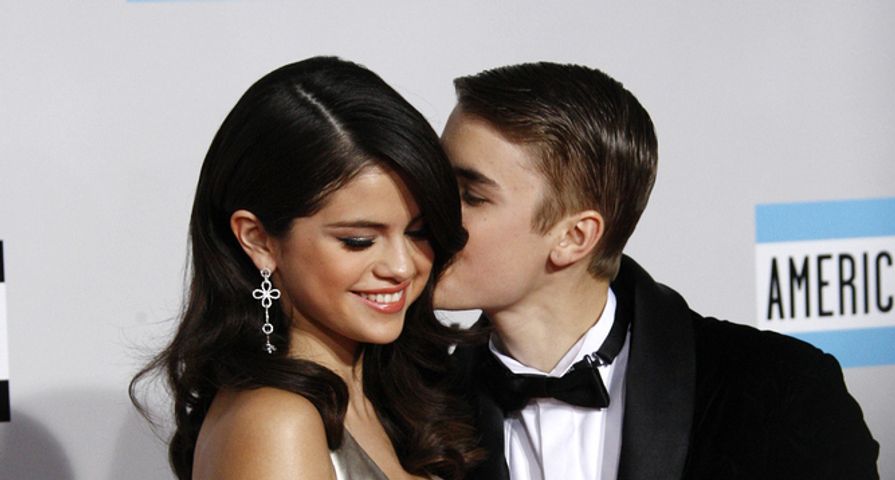 Justin Bieber was criticized for his odd fashion choices at Coachella last weekend — but that didn’t stop Selena Gomez from getting romantic!

Justin wore a bandana around his neck, another bandana on his wrist and a kind of bonnet on his head. We know, it sounds crazy — check out the video for his strange look.

But the real news is that his ex — or perhaps his once-again girlfriend — Selena Gomez was seen sitting on his lap. Are they finally back together officially?

Rocking the typical hippie Coachella look of a crocheted top and hat, Selena hung out with Kylie and Kendall Jenner, posting tons of photos of her escapades on Instagram. But sources say that the whole day she wasn’t with the youngest Kardashian sisters, Selena was hanging out with Justin. Fans even got pics of them watching a concert together.

Nobody really understands why Selena has taken Justin back, but there’s definitely a pattern indicating the couple is back together. Over the past few months, they’ve hung out at restaurants, rented a dance studio together and supported each other on social media.

Coachella’s got one more weekend, so we’ll have to see if Justin and Selena go back to the music fest and take things even further.

Also Check Out: 11 Hollywood Couples We Were Thrilled To See Split In 2013!