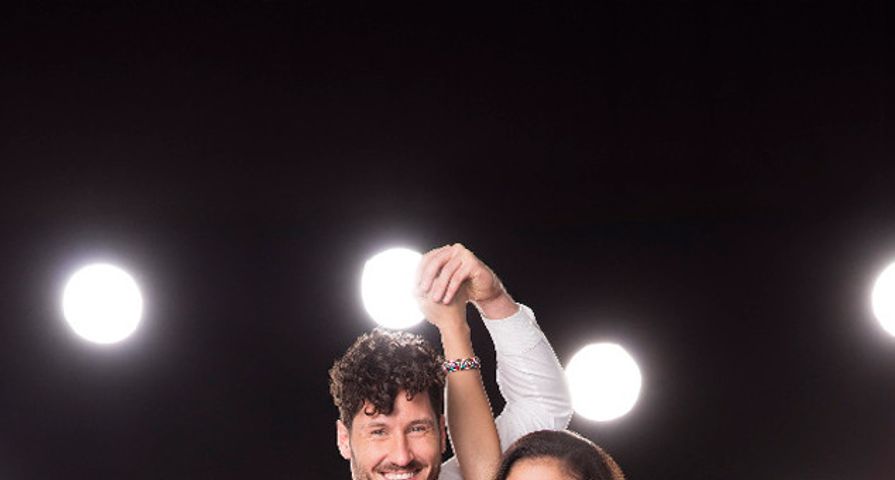 The newest season of Dancing With the Stars is upon us, and fans are already picking favorites, with very early frontrunners being Olympic gymnast and fan favorite pro dancer Val Chmerkovskiy.

Ahead of tonight’s season 23 premiere, fans are getting sneak peeks at the first time the stars met their partners, and as to be expected, Val’s and Laurie’s was adorable.

The 16-year-old was working on her moves on the balance beam when Val entered and the look of pure excitement on her face is amazing. After a big hug, a star struck Hernandez says “This is so cool,” and Val is also in awe as he charmingly spins her around and says, “Look at you, I was just watching you on TV.” As an Olympian, competition is in Hernandez’s blood so she quickly asks Val, “So, we’re, like, going to win this thing, right?”

She is also confident in their chances because they can both learn from each other, between his dances and her flips, and she also thinks her gymnastics choreography will help her learn her dance choreography.

It seems that the pair already have the other pros taking notce as well as Emma Slater has already said, “I’m sorry, but how can you compete with a girl that beautiful, with eyes that big, who looks like a Disney deer, and who’s going to dance amazing?” Sharna Burgess added, “Her and Val’s relationship is amazing already!”