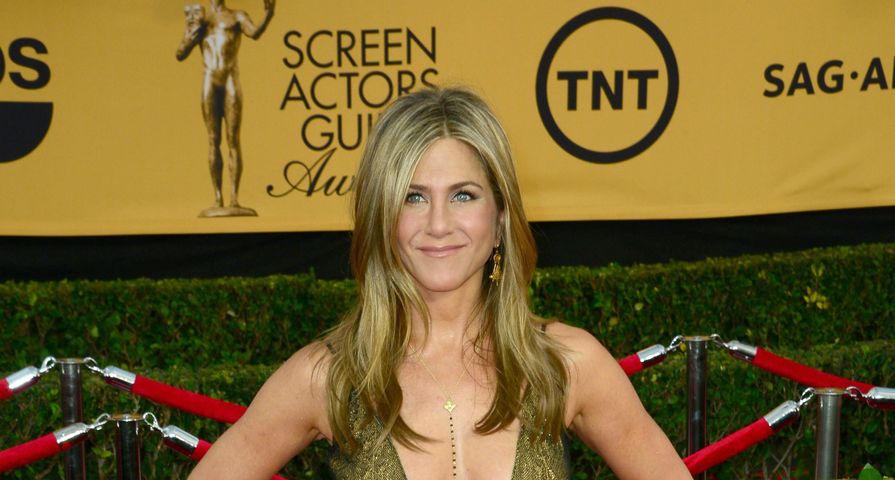 The awards season is now in full swing and with the film Birdman as well as actress Julianne Moore really starting to get ahead of the pack in terms of award wins. Some of Hollywood’s biggest stars once again all graced the red carpet last night to see if it would be their night at the 2015 Screen Actors Guild Awards.

While everyone wants to know who will be honored for their hard work, a lot of anticipation surrounds the red carpet to see the best and the worst of celebrity style.

Unfortunately the SAG awards had quite a few style misses but, as always, there were some standout looks including Jennifer Aniston, Sofia Vergara, Emma Stone, Lupita Nyong’o, Sarah Hyland and Keira Knightley.

Aniston arrived looking sexy and stunning in a very deep plunging and tight fitting Galliano dress. While she lost out to Julianne Moore in the category for Outstanding Performance By A Female Actor In A Leading Role, she definitely beat the red head beauty when it came to the red carpet.

When newly engaged Sofia Vergara took the red carpet with fiancé Joe Manganiello no one knew where to look first. Between the Modern Family star’s fantastic red dress and her gigantic engagement ring, all eyes were definitely on Vergara as she donned a curve hugging, one shoulder Donna Karan Atelier gown.

While many are on the fence about Birdman star Emma Stone’s outfit, it is one of the best because not only does it suit her but she rocks it with such incredible confidence. Stone arrived in a one piece tuxedo gown by Dior Couture with a sheer skirt and matched it with her classic red lipstick, sleek hair and cuff-link earring, making everything about the outfit  not only risk-taking but amazing.

Lupita Nyong’o has become well known for her colorful red carpet choices and she did not disappoint for the SAG awards. Her long sleeved, plunging Elie Saab gown might have been criticized on anyone else, but as always Nyong’o pulls off the look flawlessly.

Sarah Hyland was another Modern Family star who wowed when she was one of the first to arrive wearing a custom Vera Wang gown. The embellished top and sheer skirt looked classy yet exciting and with minimal accessories, all eyes were on her dress.

Pregnant Keira Knightley also donned an edgy earcuff and kept comfortable yet gorgeous in her maternity wear with her flowy purple Edem gown.

Check out all of the amazing looks from last night’s SAG awards in the gallery below:

Also Check Out: The SAG Awards: 9 Best Dressed Celebs Of Years Past