Ryan Lochte Rushed By Protesters On Dancing With The Stars Debut 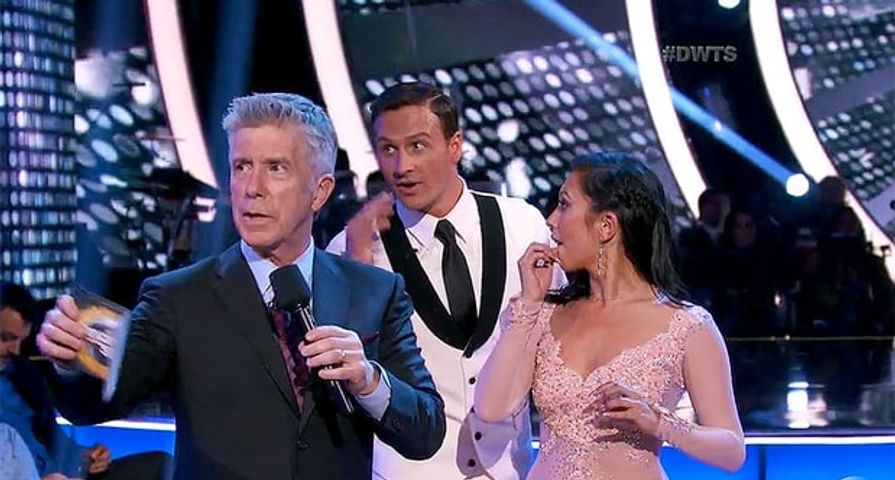 Following Olympic swimmer Ryan Lochte’s huge Rio scandal, ABC knew there were some strong feelings about Lochte performing on the newest season of Dancing With the Stars, but they probably didn’t think it was going to be this bad.

Just after the 32-year-old swimmer had finished his first dance with partner Cheryl Burke, two men wearing “anti-Lochte” shirts were able to rush on to the dance floor before being apprehended by security. Although the men were able to make it on to the floor, they were not able to get very far before being tackled, but it was a scary moment nonetheless.

As it turns out, they weren’t the only anti-Lochte protesters there. At the same time the two men ran out, a row of women wearing the same t-shirts booed the swimmer which prompted Derek Hough to come rushing out from backstage and yelled at the women before they too were removed by security.

Those watching from home did not get to see much of what was happening as the camera was focused on judge Carrie Inaba who was giving her feedback at the time, and yelled at the men, “Excuse me! Hey, back off! Excuse me!” After a commercial break, Lochte spoke out about the incident, telling host Tom Bergeron, “So many feelings are going through my head right now. A little hurt, but I came out here, and I wanted to do something that I’m completely not comfortable with, and I did, and I came out here with a big smile, and I have the best dance partner.”