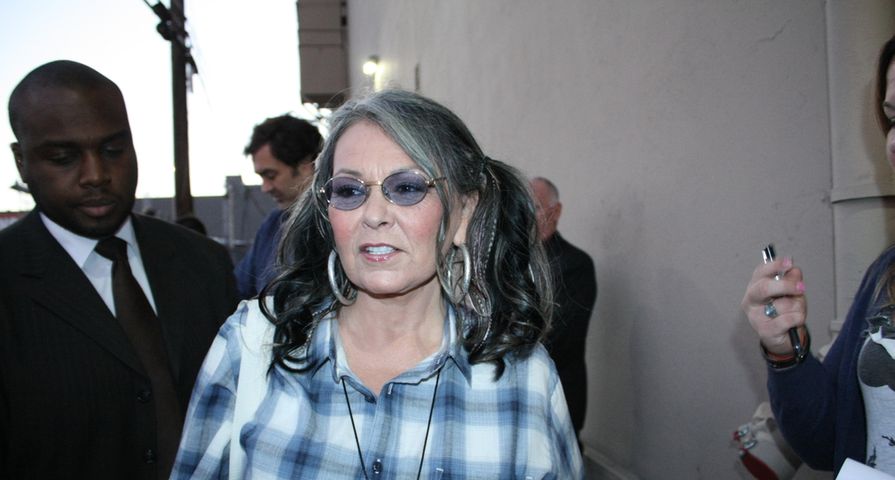 Roseanne Barr, the comedienne so famous for the sit-com that once bore her name, is slowly going blind.

Roseanne recently sat down with Dan Kedmey at The Daily Beast to offer a glimpse into her world, now two-plus years after her presidential campaign (remember that?). She spoke on a variety of topics from politics to marijuana, and the fact that she is losing her eyesight. Roseanne suffers from macular degeneration and glaucoma.

According to the 63 year old comedienne, “My vision is closing in now. It’s something weird. But there are other weird things. That one’s harsh, ’cause I read a lot, and then I thought, ‘Well, I guess I could hire somebody to read for me and read to me.’ But I like words and I like looking. You do what you have to do. I just try and enjoy vision as much as possible—y’know, living it up. My dad had it, too.”

Roseanne remarked that she smokes a lot of marijuana to help relieve pressure from the progressive glaucoma. It’s no secret that Roseanne is a huge proponent of marijuana, and hopes for its legalization… but her weakening eyesight isn’t the only reason. If you happened to see the oddly intriguing documentary that followed her 2012 campaign for the presidency, Vote For Roseanne!, you’d know that she loves her weed at any all times. She sees it as a real mind-expansive medicine. She doesn’t use the word drug–well, not in this case.

Regarding the future of politics, Roseanne won’t be voting for Hillary Clinton in 2016. Roseanne has long rejected the idea of traditional feminism, and has clung to the political ideologies of personal liberty–she ran for the Green Party seat in 2012. Regarding Hillary in the battle of 2016, Roseanne had this to say:

“I think she’s a Democrat just like they all are. She seems like every other Democrat. I would not like to see her win. She’s the same old s***. I’d like to see me win. I don’t see how she can win, but it will be interesting to see how the process goes—although its kind of offensive that the American people for 21 months have to live through the mudslinging that goes on between the two parties, which I think is just a tactic to prevent government from doing anything about any of our problems. It just elongates the election process. It’s like a traffic jam. That’s how it works: blaming and mudslinging.”

Something tells me that Roseanne will endure the next election kicked back in a comfy chair, smoking weed, while having someone read to her.