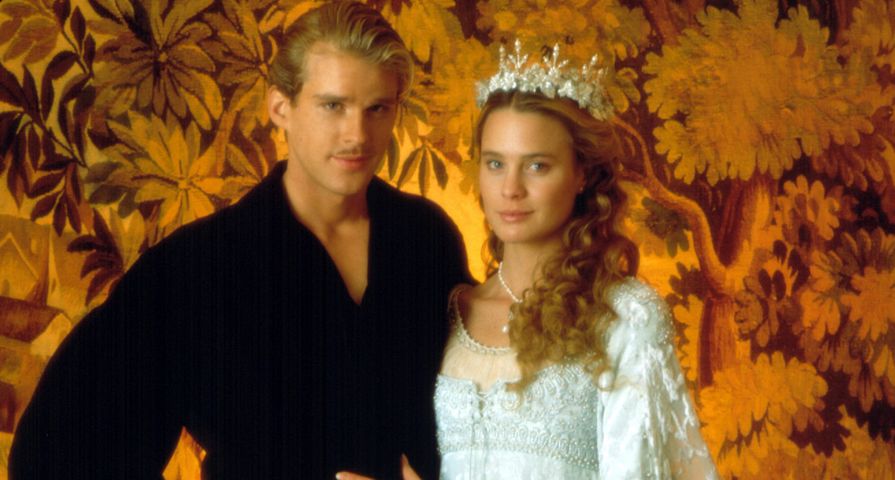 Robin Wright and Cary Elwes announced on Monday, April 20, that their iconic 1987 film The Princess Bride would be available to stream on Disney+ beginning May 1.

The movie’s stars smiled at each other in a video call shared by Disney+, Elwes asked Wright, “Are you bored yet?”

“Not even but if I was stuck in front of my TV I could think of some real fun things to watch like that Princess Bride movie we made together,” he responded back.

“Hmm is that on again?” she asked.

“On Disney+ starting May 1,” Elwes said. Then Wright asked him, “Does that mean we’ll get to take a selfie with Mickey?” Elwes responded with a famous line from the film, “They better say ‘As you wish’ to that or I want no part in it!”

Last September, Elwes expressed his disinterest in a potential remake of the popular movie after the CEO of Sony, Tony Vinciquerra, said he’s been approached by “very famous people” who were looking to revisit the classic.

“There’s a shortage of perfect movies in this world,” Elwes wrote on Twitter at the time. “It would be a pity to damage this one.”

Elwes referenced a scene in the film in which Wright’s Buttercup, believed Westley passed away, is on the verge of ending her own life with a dagger.

However, his character is alive and well, and interrupts her with the line, “There’s a shortage of perfect breasts in this world. It would be a pity to damage yours.”

The Princess Bride stars Elwes as farmhand Westley, who is believed to have passed away after he’s captured by the Dread Pirate Roberts while pursuing a fortune to support him and his love, Buttercup. While she believes Westley is gone, Buttercup begrudgingly agrees to marry a local prince, setting off a chain of events that includes kidnapping, a Fire Swamp-dwelling rodent, and Billy Crystal as a folk healer.

The Princess Bride will be available for streaming on Disney+ on May 1.