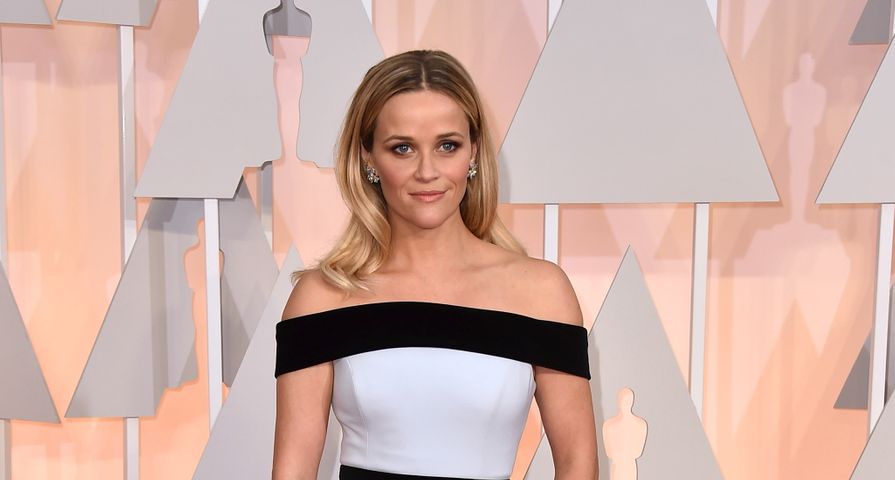 The 2015 Oscars red carpet was full of all kinds of crazy moments, from Dakota Johnson getting into an awkward argument with her mother to Ryan Seacrest snubbing Naomi Watts for Miles Teller. But did you hear about the butt grab?

That’s right. Reese Witherspoon of all people got a little handsy with Jennifer Aniston while she was in the middle of a red carpet interview with Ryan Seacrest.

The whole interview was a bit chaotic, with Ryan first talking to Jen about some random cold food supposedly left behind by Wolfgang Puck, then about the designer of her gorgeous beaded dress (Versace), and then a more serious conversation about Jen’s movie Cake, in which she plays a woman suffering from chronic pain.

Ryan asked Jen if she recalled her own childhood’s near-drowning experience when she made the film, which involved her character being in pools a lot. Before Jen could formulate an answer, Reese snuck behind her and grabbed her butt, causing Jen to get distracted.

“Oh!” Jen shouted as she looked over her shoulder.

“There was a grab,” Ryan said, pausing his serious cinematic inquiry.

“But I didn’t do it!” Jen exclaimed, putting her hands up.

Check out the video to see the weird moment!