Prince Harry has reportedly won “substantial damages” from Associated Newspapers, the publisher of The Mail On Sunday and MailOnline.

The dispute was over false claims that Harry “turned his back” on the British Armed Forces after stepping away from his senior royal duties in March 2020. During a remote hearing at the High Court in London on Monday, the Associated Newspapers admitted the claims made in two “almost identical” articles published in October 2020 were “false.”

Harry has reportedly accepted an apology from the Associated Newspapers and intends to donate the damages from the case to his Invictus Games Foundation.

“Today, The Mail on Sunday and MailOnline publicly admitted in open court that they pushed a completely false and defamatory story. And they’ve apologized for questioning The Duke of Sussex’s commitment to the Royal Marines and British Armed Forces. The truth is that The Duke’s commitment to the military community is unquestionable,” a spokesman for the Duke of Sussex said in a statement.

Prince Harry served in the British army for 10 years and was known as Capt. Harry Wales. His time in the British army included two tours of Afghanistan. During his first tour, he was a forward air controller with the Household Cavalry, and the second he was a co-pilot of an Apache attack helicopter for the Army Air Corps. He retired from the military in March 2015 and has since founded causes that focus on military rehabilitation. 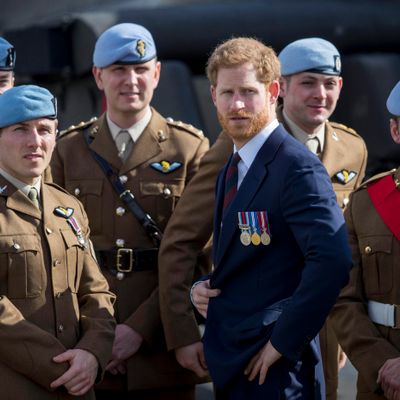