Prince Harry has announced his first project since stepping down from his role as a senior royal!

His new initiative will support a cause that is close to his heart: the military. The online platform, which launched Monday, is called HeadFIT and will provide U.K. military personnel with 24/7 access to mental healthcare and advice. The project is Harry’s first major initiative since stepping away from royal life on March 31st.

HeadFIT was first announced by the Duke of Sussex in October 2017 and has since been developed in association with the U.K. Ministry of Defence and mental health experts at Kings College London. Prince Harry served for 10 years in the U.K. armed forces, including two tours of Afghanistan, which makes this initiative even more important to him. The app will include tools for breathing exercises, relaxation, and improved body posture designed specifically for military personnel.

“HeadFIT has been almost three years in the making, and I am extremely grateful for everyone who has been on this journey with us,” Prince Harry shared in a statement about the platform. “Everyone who has worked on it, to create what we have today should be incredibly proud and excited for the impact it will have.”

He continued, “I’ve long believed the military community should lead the way for the rest of society. For too long we have been waiting for problems to arise and then reacting to them. HeadFIT is a proactive approach to mental fitness, focusing on our own potential to increase our performance, using proven methods in sport science.”

“This is about optimisation of self,” he adds. “This is about being the best you can be. This is about gaining an advantage, whether facing an opponent or overcoming a challenging situation. This is about building resilience that will match that of most world class athletes and prepare you for everyday stress. To be HeadFIT, is to be at your peak performance.” 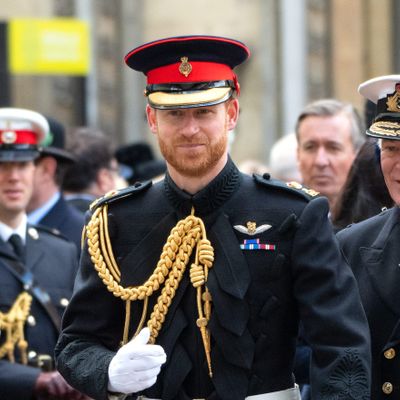