Back in January, the couple made the groundbreaking and unprecedented decision to step away from working royal life and their senior roles.

It’s been a whirlwind few weeks for Meghan and Harry. It began with a historic summit organized by Queen Elizabeth in which the Queen, Prince Charles, Prince William, and Prince Harry organized the details of Meghan and Harry’s decision to step down. The duo then undertook a brief farewell tour in the U.K. where they visited their key patronages.

Meghan and Harry decided to live a quiet life in Vancouver Island while the dust settled after their decision, but they have since relocated to L.A. Their decision to move to Los Angeles doesn’t come as much of a surprise since it was rumored they were house-hunting in L.A. and Meghan’s mother, Doria Ragland, lives in the area.

Meghan and Harry’s decision to step down means they will no longer undertake duties on behalf of the Queen or represent the Commonwealth, but they will be allowed to maintain their previous patronages. Meghan and Harry are also now considered “financially independent” and will not rely on Sovereign Grant funding from taxpayers.

Yesterday, Meghan and Harry shared their final send-off on their SussexRoyal Instagram, which will no longer be actively used.  “Thank you to this community – for the support, the inspiration and the shared commitment to the good in the world. We look forward to reconnecting with you soon. You’ve been great!,” they said. “Until then, please take good care of yourselves, and of one another.”

Their spokesperson also shared a little more insight into what the future holds for Meghan and Harry. “They will spend the next few months focusing on their family and continuing to do what they can, safely and privately, to support and work with their pre-existing charitable commitments while developing their future non-profit organisation.”

We wish you the best in this new chapter, Meghan and Harry! 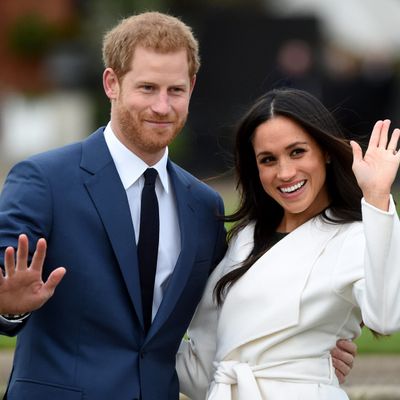