Meghan Markle And Prince Harry Have Left Canada And Are Now Settled in L.A.

The Duke and Duchess of Sussex have moved!

According to PEOPLE, Meghan and Harry have left Vancouver Island in Canada for the U.S. and have settled in Los Angeles, which is Meghan’s hometown. They have been living in a secluded compound and haven’t ventured out since their arrival in Los Angeles.

The news of Meghan and Harry’s move to L.A. doesn’t come as a huge surprise since there were earlier reports that they were house-hunting in the area. Meghan has a support system of friends and family in L.A., including her mother Doria Ragland, which makes this decision a natural choice for the young family and 10-month old baby Archie.

“Harry is looking straight ahead at his future with his family,” an inside source shared. “They will be spending time in California…He’s not looking back.”

The duo will officially step down from their senior royal roles on March 31st. The following week, Meghan’s first post-royal project will be released to the public. She has provided the narration for an upcoming Disneynature documentary, Elephants, which will be streaming on April 3 on Disney+. 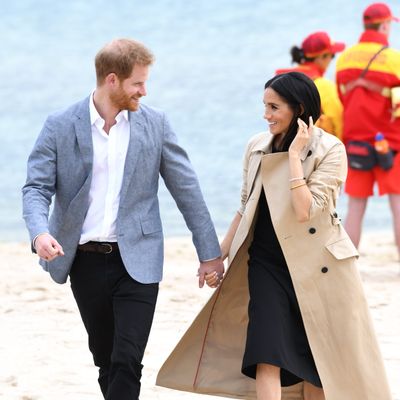